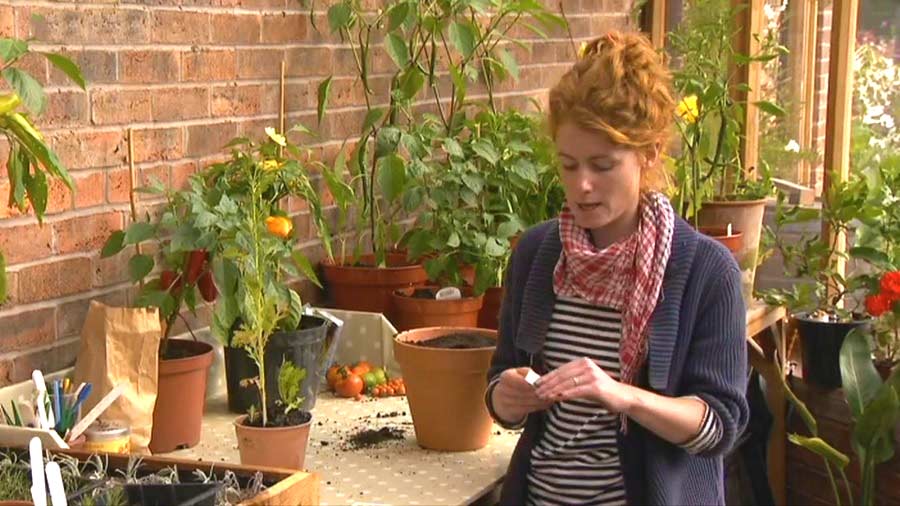 The A to Z of TV Gardening - Letter C

The A to Z of TV Gardening – Letter C: Carol Kirkwood takes an alphabetical journey through the world of television gardening, getting inspiration and advice from some of the BBC’s most popular gardening presenters and programmes.

In this episode, she explores subjects that all begin with the letter C: carrots, cherry, clematis, chili pepper

The carrot is a root vegetable, usually orange in colour, though purple, black, red, white, and yellow cultivars exist. Carrots are a domesticated form of the wild carrot, Daucus carota, native to Europe and Southwestern Asia. The plant probably originated in Persia and was originally cultivated for its leaves and seeds. The most commonly eaten part of the plant is the taproot, although the stems and leaves are eaten as well. The domestic carrot has been selectively bred for its greatly enlarged, more palatable, less woody-textured taproot.

The carrot is a biennial plant in the umbellifer family Apiaceae. At first, it grows a rosette of leaves while building up the enlarged taproot. Fast-growing cultivars mature within three months (90 days) of sowing the seed, while slower-maturing cultivars need a month longer (120 days). The roots contain high quantities of alpha- and beta-carotene, and are a good source of vitamin K and vitamin B6, but the belief that eating carrots improves night vision is a myth put forward by the British in World War II to mislead the enemy about their military capabilities.

A cherry is the fruit of many plants of the genus Prunus, and is a fleshy drupe (stone fruit). Commercial cherries are obtained from cultivars of several species, such as the sweet Prunus avium and the sour Prunus cerasus. The name ‘cherry’ also refers to the cherry tree and its wood, and is sometimes applied to almonds and visually similar flowering trees in the genus Prunus, as in “ornamental cherry” or “cherry blossom”.

Wild cherry may refer to any of the cherry species growing outside cultivation, although Prunus avium is often referred to specifically by the name “wild cherry” in the British Isles.

Clematis is a genus of about 300 species within the buttercup family, Ranunculaceae. Their garden hybrids have been popular among gardeners, beginning with Clematis × jackmanii, a garden standby since 1862; more hybrid cultivars are being produced constantly. They are mainly of Chinese and Japanese origin. Most species are known as clematis in English, while some are also known as traveller’s joy, a name invented for the sole British native, C. vitalba, by the herbalist John Gerard; virgin’s bower for C. terniflora, C. virginiana, and C. viticella; old man’s beard, applied to several with prominent seedheads; leather flower for those with fleshy petals; or vase vine for the North American Clematis viorna.

Title
The A to Z of TV Gardening - Letter C
Description

The A to Z of TV Gardening - Letter C: Carol Kirkwood takes an alphabetical journey through the world of television gardening

Gardens Near and Far episode 21 – Valsanzibio