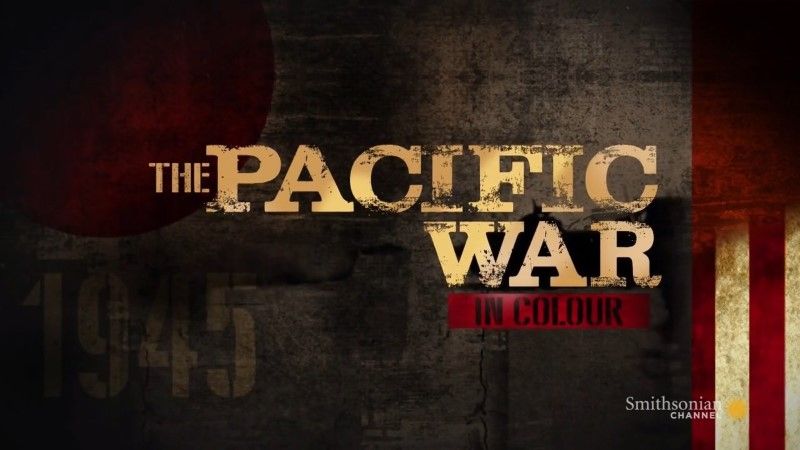 The Pacific War in Color episode 1 : The Pacific War was unlike any military conflict before it in terms of its scale, scope, and savagery. Witness the massive attacks on Pearl Harbor and Hiroshima and Nagasaki that bookended the war, along with the ferocious battles in between–ones waged on tiny islands and remote atolls and fought by soldiers, Marines, airmen and sailors.

With color combat footage and accounts from those who experienced the fight firsthand, we reveal the brutal reality of life on the frontline during the battle for the Pacific.

The Pacific War in Color episode 1 – An Ocean Apart

The Pacific Ocean is also known as “The Peaceful Sea,” and color footage of some of its remote American outposts taken in the late-1930s captures a world of fun and sun. But a wave of war will soon replace these serene scenes with images of cataclysmic horror. Through rarely seen color home movies and combat footage, we detail Japan’s violent blitz of the Pacific–from its raid on China to its attacks on Pearl Harbor and Australia–and show how America’s military raced to ready itself for battle.

The Attack on Pearl Harbor was a surprise military strike by the Imperial Japanese Navy Air Service upon the United States (a neutral country at the time) against the naval base at Pearl Harbor in Honolulu, Hawaii on Sunday morning, December 7, 1941. The attack led to the United States’ formal entry into World War II the next day. The Japanese military leadership referred to the attack as the Hawaii Operation and Operation AI, and as Operation Z during its planning.

Japan intended the attack as a preventive action to keep the United States Pacific Fleet from interfering with its planned military actions in Southeast Asia against overseas territories of the United Kingdom, the Netherlands, and the United States. Over the course of seven hours there were coordinated Japanese attacks on the U.S.-held Philippines, Guam and Wake Island and on the British Empire in Malaya, Singapore, and Hong Kong. Additionally, from the Japanese viewpoint, it was seen as a preemptive strike.

A History of Ancient Britain episode 2