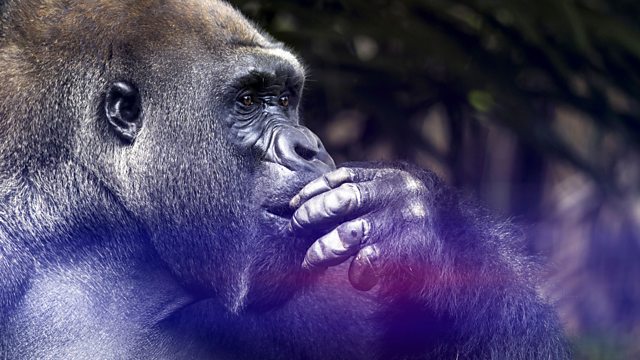 The Wonder of Animals - Great Apes

The Wonder of Animals – Great Apes: Chris Packham explores the evolution of the great ape’s brain to reveal how different parts have been adapted over time by its anatomy, ingenuity and sociability, culminating in one of the most complex brains on the planet. Chris examines how the ability to use two hands asymmetrically sets the great ape apart from other tool-using animals and how social living is linked to the evolution of the amygdala in both humans and our ape cousins.

New research reveals how bonobos’ peace-loving reputation may have developed through a similar domestication process to that undergone by our pet dogs. Series in which Chris Packham uses groundbreaking science and brand-new behaviour to delve deep beneath the skin and discover the unique features that have made certain animal groups successful.

The Wonder of Animals – Great Apes

The Hominidae, whose members are known as the great apes or hominids, are a taxonomic family of primates that includes eight extant species in four genera: Pongo (the Bornean, Sumatran and Tapanuli orangutan); Gorilla (the eastern and western gorilla); Pan (the chimpanzee and the bonobo); and Homo, of which only modern humans remain.

Several revisions in classifying the great apes have caused the use of the term “hominid” to vary over time. The original meaning of “hominid” referred only to humans (Homo) and their closest extinct relatives. However, by the 1990s humans, apes, and their ancestors were considered to be “hominids”. The earlier restrictive meaning has now been largely assumed by the term “hominin”, which comprises all members of the human clade after the split from the chimpanzees (Pan). The current meaning of “hominid” includes all the great apes including humans. Usage still varies, however, and some scientists and laypersons still use “hominid” in the original restrictive sense; the scholarly literature generally shows the traditional usage until the turn of the 21st century.

Within the taxon Hominidae, a number of extant and known extinct, that is, fossil, genera are grouped with the humans, chimpanzees, and gorillas in the subfamily Homininae; others with orangutans in the subfamily Ponginae (see classification graphic below). The most recent common ancestor of all Hominidae lived roughly 14 million years ago, when the ancestors of the orangutans speciated from the ancestral line of the other three genera. Those ancestors of the family Hominidae had already speciated from the family Hylobatidae (the gibbons), perhaps 15 to 20 million years ago.

The Wonder of Animals - Great Apes: Chris Packham looks at how the great ape's brain has been adapted by its anatomy, ingenuity and sociability.