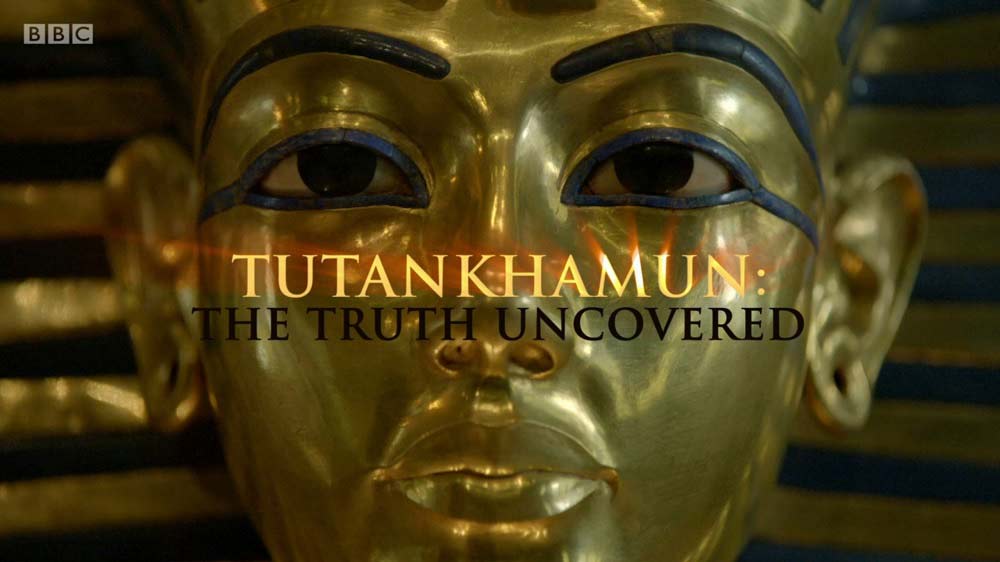 Tutankhamun: The Truth Uncovered – Dallas Campbell reports on new scientific research being carried out on his fragile remains in an attempt to get to the truth.

What killed King Tutankhamun? Ever since his spectacular tomb was discovered, the boy king has been the most famous pharaoh of all ancient Egypt. But his mysterious death, at just 19 years old, has never been explained.

Using CT scan data, the programme creates the first scientifically accurate image of the king’s corpse. DNA analysis uncovers a secret about Tutankhamun’s family background, and the genetic trail of clues leads to a new theory to explain his death. This is an epic detective story that uncovers the extraordinary truth of the boy behind the golden mask.

Tutankhamun also known by the Egyptological pronunciation Tutankhamen (c. 1341 – c. 1323 BC) was an ancient Egyptian pharaoh of the 18th dynasty (ruled c. 1332 – 1323 BC in the conventional chronology), during the period of Egyptian history known as the New Kingdom. He has, since the discovery of his intact tomb, been referred to colloquially as King Tut.

The 1922 discovery by Howard Carter of Tutankhamun’s nearly intact tomb, funded by Lord Carnarvon, received worldwide press coverage. It sparked a renewed public interest in ancient Egypt, for which Tutankhamun’s mask, now in the Egyptian Museum, remains a popular symbol. In February 2010, genetic testing confirmed that he was the son of the mummy found in the tomb KV55, believed by some to be Akhenaten. His mother was his father’s sister and wife, whose name is unknown but whose remains are positively identified as The Younger Lady mummy found in KV35. The deaths of a few involved in the discovery of Tutankhamun’s mummy have been popularly attributed to the curse of the pharaohs.

Tutankhamun was the son of Akhenaten who is believed to be the mummy found in tomb KV55. His mother is one of Akhenaten’s sisters. At birth he was named Tutankhaten, a name reflecting the Atenist beliefs of his father. His wet nurse was a woman called Maia, known from her tomb at Saqqara.

Tutankhamun: The Truth Uncovered - Dallas Campbell reports on new scientific research being carried out on his fragile remains in an attempt to get to the truth.