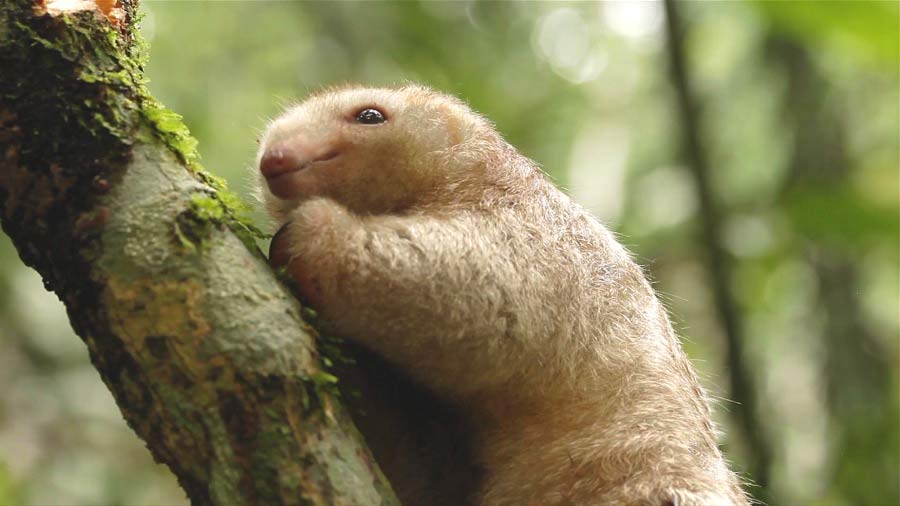 Uncharted Amazon: deep in the jungles of Peru, a silky anteater is fighting to stay awake and a mother hummingbird is struggling to raise her chick. As this documentary reveals, life in his incredible part of the planet faces changing conditions.

The Amazon rainforest, also known in English as Amazonia or the Amazon Jungle, is a moist broadleaf tropical rainforest in the Amazon biome that covers most of the Amazon basin of South America. This basin encompasses 7,000,000 km2, of which 5,500,000 km2 are covered by the rainforest. This region includes territory belonging to nine nations.

The majority of the forest is contained within Brazil, with 60% of the rainforest, followed by Peru with 13%, Colombia with 10%, and with minor amounts in Venezuela, Ecuador, Bolivia, Guyana, Suriname and French Guiana. Four nations have “Amazonas” as the name of one of their first-level administrative regions and France uses the name “Guiana Amazonian Park” for its rainforest protected area. The Amazon represents over half of the planet’s remaining rainforests, and comprises the largest and most biodiverse tract of tropical rainforest in the world, with an estimated 390 billion individual trees divided into 16,000 species.

Peruvian Amazonia is the area of the Amazon rainforest included within the country of Peru, from east of the Andes to the borders with Ecuador, Colombia, Brazil and Bolivia. This region comprises 60% of the country and is marked by a large degree of biodiversity. Peru has the second-largest portion of the Amazon rainforest after the Brazilian Amazon.

Uncharted Amazon: deep in the jungles of Peru, a silky anteater is fighting to stay awake and a mother hummingbird is struggling to raise her chick.

Rise of the Continents episode 3 – The Americas