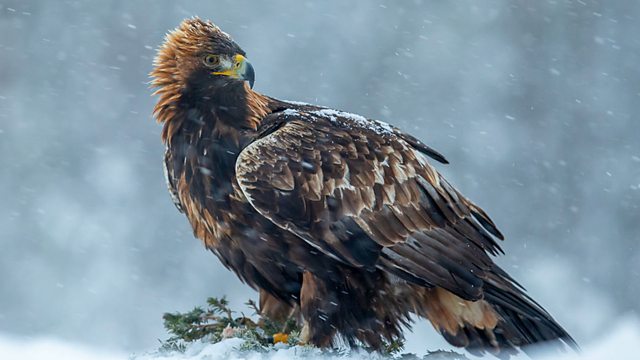 Winterwatch episode 2 2020: Chris Packham, Michaela Strachan, Gillian Burke and Iolo Williams are live from the Cairngorms looking at how winter this year is affecting wildlife across the country.

There are rumours of swallows in Sussex in January! The team looks at why there has been a severe lack of snow in Scotland this year and share an incredible spectacle in the form of flocks of brent geese migrating from northern Canada to the urban streets of Dublin – a new winter gang is on the block.

The swallows, martins and saw-wings, or Hirundinidae, are a family of passerine birds found around the world on all continents, including occasionally in Antarctica. Highly adapted to aerial feeding, they have a distinctive appearance. The term Swallow is used colloquially in Europe as a synonym for the barn swallow.

There are around 90 species of Hirundinidae, divided into 19 genera, with the greatest diversity found in Africa, which is also thought to be where they evolved as hole-nesters. They also occur on a number of oceanic islands. A number of European and North American species are long-distance migrants; by contrast, the West and South African swallows are non-migratory.

The Cairngorms consists of high plateaux at about 1000–1200 m above sea level, above which domed summits (the eroded stumps of once much higher mountains) rise to around 1300 m. Many of the summits have tors, free-standing rock outcrops that stand on top of the boulder-strewn landscape. The edges of the plateaux are in places steep cliffs of granite and they are excellent for skiing, rock climbing and ice climbing. The Cairngorms form an arctic-alpine mountain environment, with tundra-like characteristics and long-lasting snow patches.

This area is home to bird species such as ptarmigan, dotterel, snow bunting, curlew and red grouse, as well as mammals such as mountain hare. The plateaux also support Britain’s only herd of reindeer. Surrounding the central massif are many remnants of the Caledonian forest in straths and glens of the Rivers Spey and Dee. These forests support many species that are rare elsewhere in Britain, including red squirrels, pine marten, wood ants, Scottish crossbill, capercaillie and crested tit.

Winterwatch episode 2 2020: Chris Packham, Michaela Strachan, Gillian Burke and Iolo Williams are live from the Cairngorms looking at how winter this year is affecting wildlife across the country.