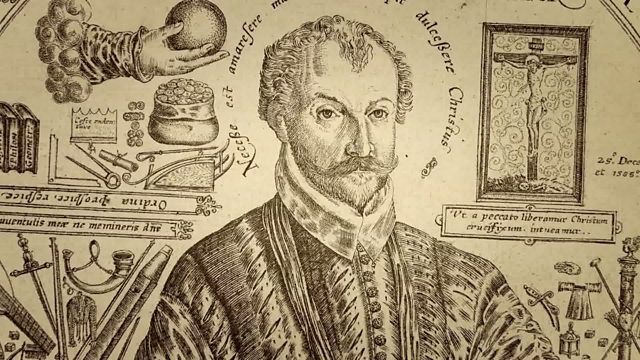 A Very British Renaissance episode 2: In this episode, he explores the Elizabethans’ love of secrecy, codes and complexity, and the cultural revolution sparked by an age of discovery and exploration.

Art historian Dr James Fox continues his exploration of a Renaissance that he believes was as rich and as significant in Britain as it was in Italy and Europe. He tells the story of the painters, sculptors, poets, playwrights, composers, inventors, craftsmen and scientists who revolutionised the way we saw the world.

The Elizabethan era is the epoch in the Tudor period of the history of England during the reign of Queen Elizabeth I (1558–1603). Historians often depict it as the golden age in English history. The symbol of Britannia (a female personification of Great Britain) was first used in 1572, and often thereafter, to mark the Elizabethan age as a renaissance that inspired national pride through classical ideals, international expansion, and naval triumph over Spain.

This “golden age” represented the apogee of the English Renaissance and saw the flowering of poetry, music and literature. The era is most famous for its theatre, as William Shakespeare and many others composed plays that broke free of England’s past style of theatre. It was an age of exploration and expansion abroad, while back at home, the Protestant Reformation became more acceptable to the people, most certainly after the Spanish Armada was repelled. It was also the end of the period when England was a separate realm before its royal union with Scotland.

The Elizabethan age contrasts sharply with the previous and following reigns. It was a brief period of internal peace between the English Reformation and the religious battles between Protestants and Catholics and then the political battles between parliament and the monarchy that engulfed the remainder of the seventeenth century. The Protestant/Catholic divide was settled, for a time, by the Elizabethan Religious Settlement, and parliament was not yet strong enough to challenge royal absolutism.

The English Renaissance was a cultural and artistic movement in England from the early 16th century to the early 17th century. It is associated with the pan-European Renaissance that is usually regarded as beginning in Italy in the late 14th century. As in most of the rest of northern Europe, England saw little of these developments until more than a century later. Renaissance style and ideas, however, were slow to penetrate England, and the Elizabethan era in the second half of the 16th century is usually regarded as the height of the English Renaissance. However, many scholars see its beginnings in the early 1500s during the reign of Henry VIII.

A Very British Renaissance episode 2: In this episode, he explores the Elizabethans' love of secrecy and codes and the cultural revolution