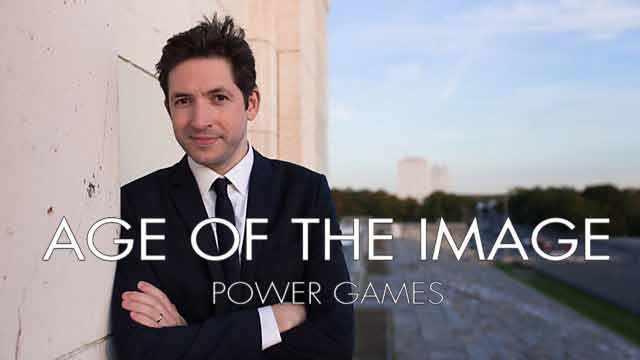 Age of the Image episode 2: James Fox explores how mass communication and new technology helped 20th-century image-makers transform society, as films, photographs, TV, art and advertising all became weapons in the ideological battles of the age.

James tells the story of Marlene Dietrich and Leni Riefenstahl, who each used cinema to pursue very different visions of power and freedom. We discover how Jewish comic book artists in New York created superheroes as their act of resistance to the Nazi threat. And we find out why a Muhammad Ali magazine cover is one of the most powerful political images of the last century.

In the UK he reveals how Picture Post photographers and directors such as Ken Loach empowered the lives of ordinary people through a new style of film-making and reportage. Travelling from the Normandy beaches where Robert Capa took his famous D-Day photographs to the Nasa control room that first witnessed live images from the moon landings, it’s an exhilarating look at how image-makers discovered the power to influence and change our lives.