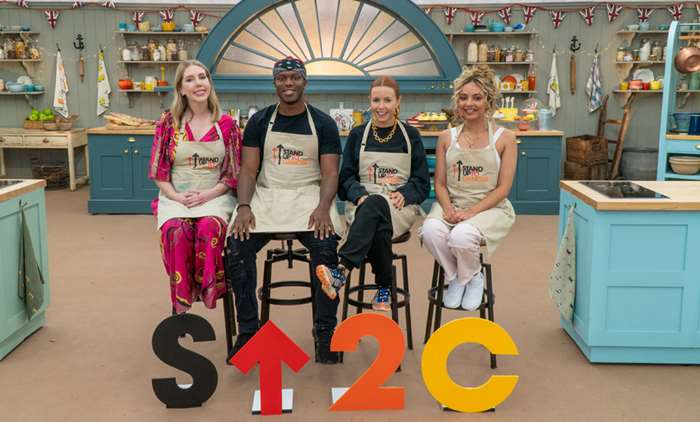 The Great Celebrity Bake Off for SU2C episode 4

The Great Celebrity Bake Off for SU2C episode 4: The tent of baked dreams hosts another quartet of celebrity bakers, who are giving their floury all to raise money for Stand Up To Cancer in the penultimate episode in the series.

Celebrities join Matt Lucas in the tent aiming to impress judges Paul and Prue as they bake for Stand Up To Cancer.

They face three trials-by-baking. One involves making cocktail flavoured fondant fancies, another tests their pastry skills and the showstopper demands they create a representation, from biscuit and meringue, of something they can’t live without.

The Great Celebrity Bake Off for SU2C episode 4

Matt Lucas hosts as TV presenter Stacey Dooley, Little Mix’s Jade Thirlwall, comedian Katherine Ryan and internet influencer KSI show off their baking skills. They serve up cocktail-flavoured fondant fancies, have their knowledge of pastry tested in the technical and in the showstopper are asked to create a scene showing something they cannot live without – all from biscuit and meringue. Paul Hollywood and Prue Leith judge their efforts.

Title
The Great Celebrity Bake Off for SU2C episode 4
Description

The Great Celebrity Bake Off for SU2C episode 4: The tent of baked dreams hosts another quartet of celebrity bakers for Stand Up To Cancer.