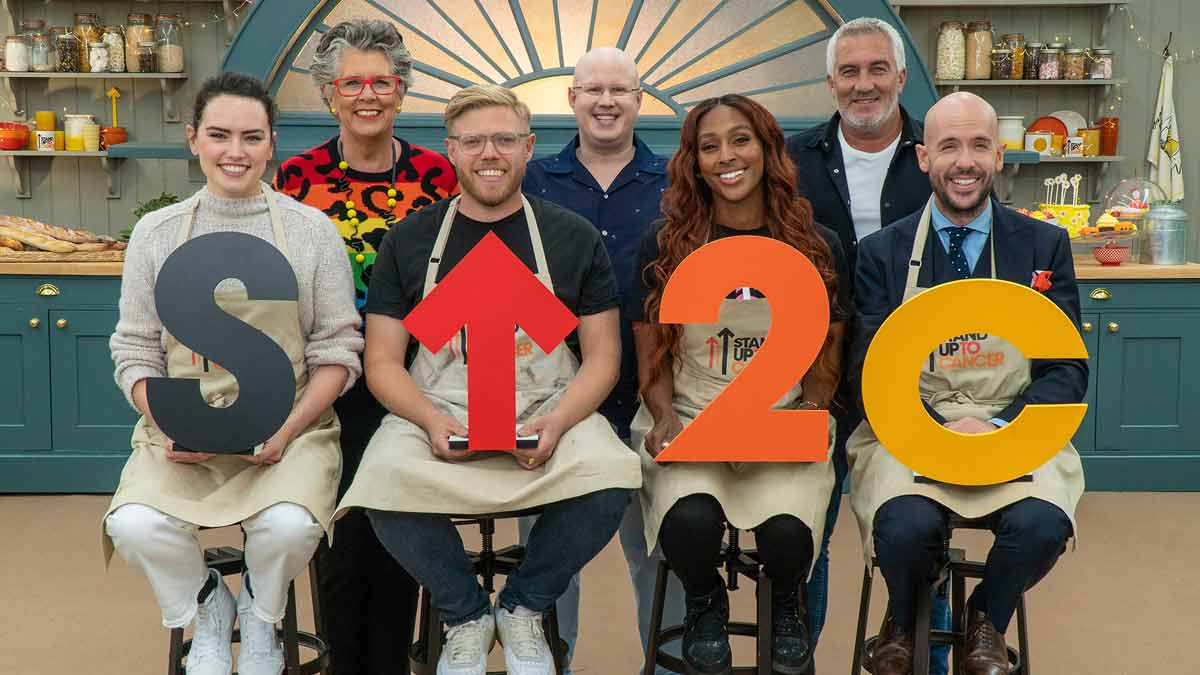 The Great Celebrity Bake Off for SU2C episode 1: Daisy Ridley, Rob Beckett, Alexandra Burke and Tom Allen tackle millionaire shortbread in the signature and a fruity tart in the technical, and create their pet hates in cake form in the showstopper.

Celebrities join Matt Lucas in the tent aiming to impress judges Paul and Prue as they bake for Stand Up To Cancer.

These Stand Up to Cancer fund-raising celebrity editions are always fun, largely because the contestants have nothing to lose if everything goes badly wrong. As indeed, reassuringly, it aways does.

Though not for everyone, there’s some surprising baking talent among the first four celebs: Star Wars actor Daisy Ridley, comedians Tom Allen (who hosts Bake Off: the Professionals) and Rob Beckett, and singer Alexandra Burke.Because it’s all for charity (there is a brief, moving film about a young cancer survivor called Ella), judges Paul Hollywood and Prue Leith aren’t as tough as usual, though Prue does confess, “I always love it when the celebs mess up.”

There are plenty of opportunities for disasters, with a technical challenge that includes ganache (“what’s a ganache?” asks one contestant) and a signature that results in a series of bizarre creations, including a cake representation of a toilet.

The charity version of the popular baking show returns, and with Noel Fielding on paternity leave, Matt Lucas is presenting on his own. In previous editions, comedian Tom Allen has stepped in to co-present – but today he is showing off his baking skills as one of the contestants, alongside Star Wars actress Daisy Ridley, comedian Rob Beckett and singer Alexandra Burke. To impress Paul Hollywood and Prue Leith, the celebrities serve up millionaire shortbread, a fruity tart and their pet hates in cake form in the showstopper.

Title
The Great Celebrity Bake Off for SU2C episode 1
Description