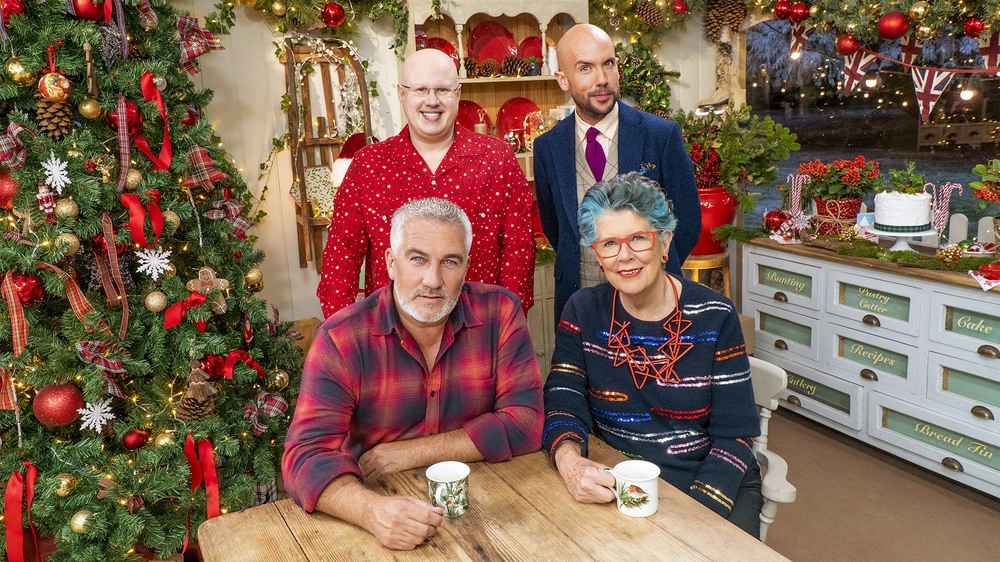 The Great Christmas Bake Off 2020: Paul Hollywood, Prue Leith, Matt Lucas and Tom Allen are joined by past bakers to celebrate Christmas in the tent. And Alexandra Burke performs her magical version of Silent Night.

Christmas season is fast approaching and luckily for Bake Off fans, we’ll be getting a double helping of the Channel 4 competition with both a Christmas special and a New Year special. Both one-off episodes will see a variety of former Bake Off contestants return to the tent once more in an attempt to redeem themselves or defend their champion title – (two former winners will be cooking up a storm during the New Year special).

With Matt Lucas, Noel Fielding and Tom Allen hosting the festive shows, food-lovers are in for a real treat this holiday period.

GBBO fans are in for a treat this Christmas with two festive specials set to air over the December-January period. The Great British Bake Off’s Christmas special will air on Christmas Eve at 7:40pm on Channel 4, with the show’s alumni returning to the white tent to compete for the Christmas Star Baker title.

Then just over a week later, Bake Off returns with The Great New Year Bake Off on Sunday 3rd January at 7:45pm – in which another set of former bakers join Noel Fielding, Matt Lucas, Prue Leith and Paul Hollywood for a bit of festive competition.

The Great Christmas Bake Off 2020: Paul Hollywood, Prue, Matt and Tom Allen are joined by past bakers to celebrate Christmas in the tent.