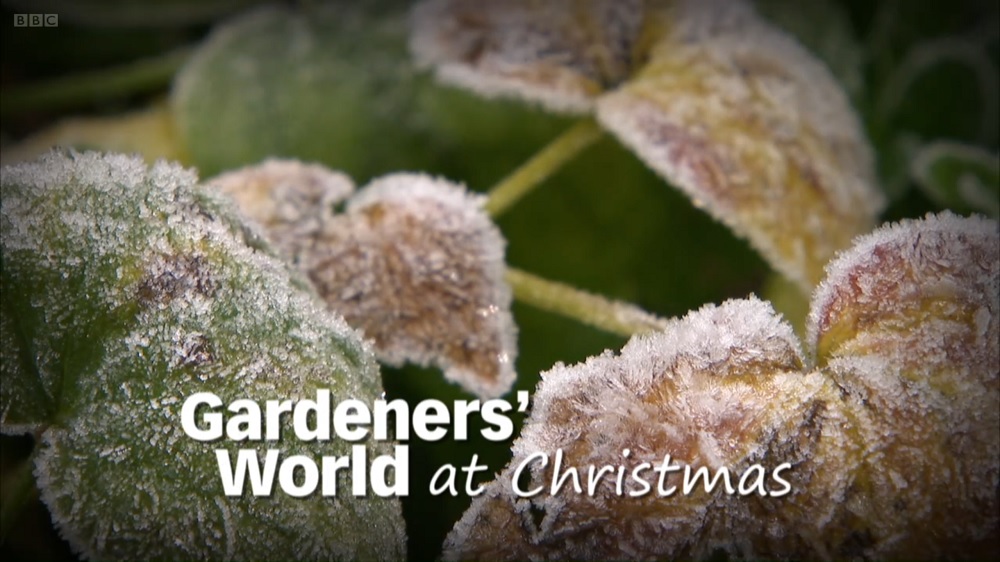 At Longmeadow, Monty and Rachel have a good clear up, cutting back some plants but leaving others for winter structure and wildlife. He also rejuvenates his rhubarb patch and introduces a local Herefordshire heritage variety apple tree to his orchard. Monty also enlists Joe’s help to move a holly tree that has outgrown its situation.

Out and about – Carol Klein discovers some of Britain’s best winter walks; Rachel de Thame gets tips on how, with a bit of ingenuity, anyone can make beautiful Christmas decorations from their own garden; and Joe Swift visits an urban vineyard, in Hackney, East London to find out which grapes you can grow at home. As a special Christmas cracker, Pam Ayres, poet and gardener, shows us how she encourages wildlife into her garden and provides for seasonal visitors during the colder months.

As the programme draws to a close, Rachel, Joe, Carol and Monty gather round the brazier for a glass of wine and to reflect on a fabulous year’s gardening and to toast Happy Christmas to one and all.

In this Gardeners' World Christmas Special, Monty Don, Carol, Joe and Rachel celebrate the festive season from a gardener's point of view.