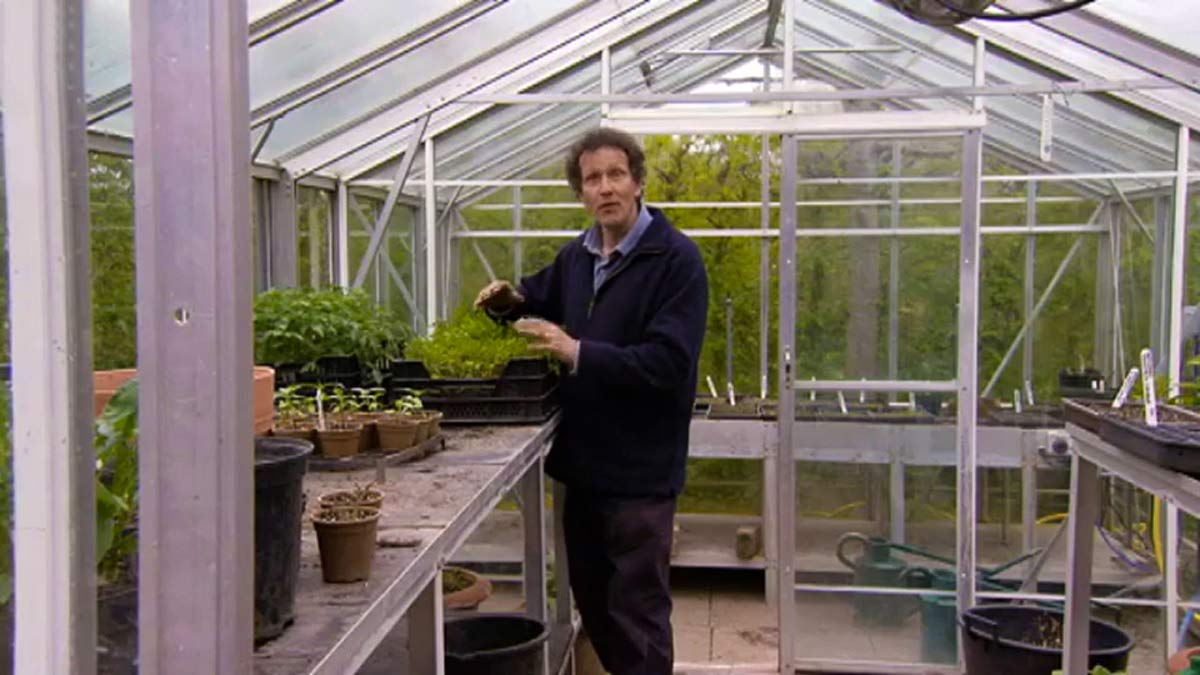 Gardeners’ World episode 3 2011: It’s the busiest gardening weekend of the year and in a special hour-long programme for Easter there’s plenty of inspiration to get our gardens kick started for the year ahead.

At Longmeadow, Monty gets going on planting climbing roses for different aspects in his walled garden. From clematis and roses for full sun to plants for more shady places, we get his top recommendations for an east-facing wall, along with techniques for planting success.

Continuing the theme of garden boundaries, this week Carol Klein is in her own garden at Glebe cottage. She gets inspiration from the nearby Devon hedgerows to discover the kind of plants which thrive there and then uses some of their cultivated cousins to transform an unpromising area of her garden in the shadow of a fence.

Rachel de Thame heads to Cumbria where she finds out how one particular gardener has spent his life travelling the world to find inspiration for plants that would thrive in his own mountainside garden. At the Eden project in Cornwall they have challenges of their own in the tropical biome which involve pruning at 50 metres from a helium balloon.

Back at Longmeadow, as well as catching up with jobs on the veg plot and in the greenhouse, Monty begins the long and timely task of replanting his jewel garden with perennials in readiness for a bedazzling, gem-like display this summer.

Monty checks his tomato seedlings and gives advice on how to tell when they are at just the perfect stage to pot up into larger pots. He also has advice on why it is best to give them a pot that is only a little bigger than the one they are in. Growing your own tomatoes is simple and just a couple of plants will reward you with plenty of delicious tomatoes in the summer. There are all sizes of tomatoes to try, from the tiniest cherry types, favourites with children, through to full-flavoured giant beefsteak tomatoes.

Tomatoes generally come in two different growth habits: cordon (or indeterminate) tomatoes grow tall, reaching up to 1.8m (6ft) and require support; bush (or determinate) tomatoes are bushy and don’t require staking.Tomatoes are easy to grow from seed. You can sow seed from late March to early April if you will be growing the plants outdoors. If you are planning on growing your tomatoes in a greenhouse, you can start sowing seed earlier, from late February to mid-March.

Sow in small pots indoors, using a propagator or place the pots in a plastic bag and keep on the windowsill. The young seedlings need to be kept at around 18°C (64°F). Transplant into 9cm (3½in) pots when two true leaves have formed.

In Gardeners’ World episode 3 2011, Monty Don gives a tour of one of his favourite parts of Longmeadow: the compost area. Going through the basics of how to manage the area, Monty demonstrates what is required in order to create one of the gardens greatest assets, good rich and healthy garden compost. Home composting is the most environmentally-friendly way of dealing with kitchen and garden waste, plus it produces compost that can be used as an excellent soil improver.

Monty sows carrots in the veg garden, and gives his technique for beating carrot root fly. By not having to thin his carrots, Monty avoids attracting the adults carrot flies, and is able to harvest his carrots all summer without a problem.

Carrots come in shapes and colours other than long and orange – look out for round carrots, as well as unusual colours such as red, yellow and even purple. They can be grown in containers if you are short on space, or your soil is stony or heavy clay. Sow regularly for prolonged cropping.They freeze and store well too, but like most vegetables, taste best freshly picked from the garden.

Gardeners’ World episode 3 2011: It's the busiest gardening weekend of the year and in a special hour-long programme for Easter