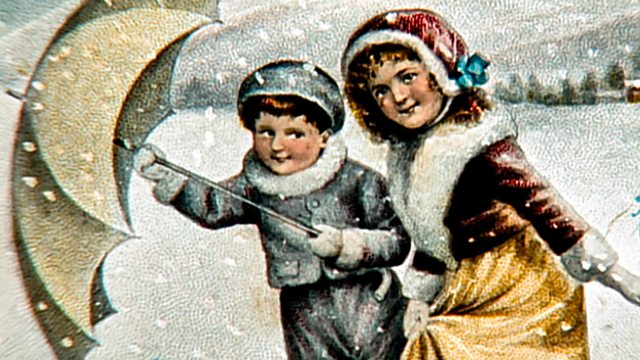 Charles Dickens and the Invention of Christmas

Charles Dickens and the Invention of Christmas: Griff Rhys Jones reveals how Dickens created the idea of a traditional family Christmas through one of his best-known books, A Christmas Carol. From the moment it was published in 1843, the story of miserly Ebeneezer Scrooge captured the imagination of Victorian Britain.

Santa Claus, Christmas cards and crackers were invented around the same time, but it was Dickens’s book that boosted the craze for Christmas, above all promoting the idea that Christmas is best celebrated with the family. Interviewees include former on-screen Scrooge, Patrick Stewart, and writer Lucinda Hawksley, great-great-great-granddaughter of Charles Dickens himself.

Charles Dickens and the Invention of Christmas

Charles John Huffam Dickens was an English writer and social critic. He created some of the world’s best-known fictional characters and is regarded by many as the greatest novelist of the Victorian era. His works enjoyed unprecedented popularity during his lifetime, and by the 20th century, critics and scholars had recognised him as a literary genius. His novels and short stories are still widely read today.

Born in Portsmouth, Dickens left school to work in a factory when his father was incarcerated in a debtors’ prison. Despite his lack of formal education, he edited a weekly journal for 20 years, wrote 15 novels, five novellas, hundreds of short stories and non-fiction articles, lectured and performed readings extensively, was an indefatigable letter writer, and campaigned vigorously for children’s rights, education, and other social reforms.

A Christmas Carol. In Prose. Being a Ghost Story of Christmas, commonly known as A Christmas Carol, is a novella by Charles Dickens, first published in London by Chapman & Hall in 1843 and illustrated by John Leech. A Christmas Carol recounts the story of Ebenezer Scrooge, an elderly miser who is visited by the ghost of his former business partner Jacob Marley and the Spirits of Christmas Past, Present and Yet to Come. After their visits, Scrooge is transformed into a kinder, gentler man.

Dickens wrote A Christmas Carol during a period when the British were exploring and re-evaluating past Christmas traditions, including carols, and newer customs such as Christmas trees. He was influenced by the experiences of his own youth and by the Christmas stories of other authors, including Washington Irving and Douglas Jerrold. Dickens had written three Christmas stories prior to the novella, and was inspired following a visit to the Field Lane Ragged School, one of several establishments for London’s street children. The treatment of the poor and the ability of a selfish man to redeem himself by transforming into a more sympathetic character are the key themes of the story. There is discussion among academics as to whether this is a fully secular story, or if it is a Christian allegory.

Dickens was not the first author to celebrate the Christmas season in literature. Among earlier authors who influenced Dickens was Washington Irving, whose 1819–20 work The Sketch Book of Geoffrey Crayon, Gent. included four essays on old English Christmas traditions that he experienced while staying at Aston Hall near Birmingham. The tales and essays attracted Dickens, and the two authors shared the belief that the staging of a nostalgic English Christmas might help restore the social harmony that they felt had been lost in the modern world.

Several works may have had an influence on the writing of A Christmas Carol, including two Douglas Jerrold essays: one from an 1841 issue of Punch, “How Mr. Chokepear Keeps a Merry Christmas” and one from 1843, “The Beauties of the Police”. More broadly, Dickens was influenced by fairy tales and nursery stories, which he closely associated with Christmas, because he saw them as stories of conversion and transformation.

Title
Charles Dickens and the Invention of Christmas
Description

Dickens and the Invention of Christmas: reveals how Dickens created the idea of a traditional family Christmas through one of his books