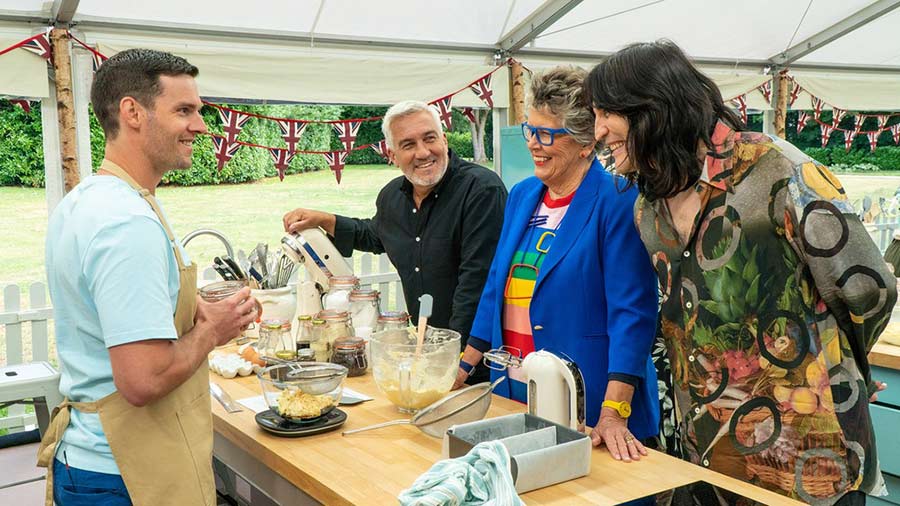 In the Great British Bake Off bubble as the jolly contestants rise to the challenges of their new way of working. Good for them, as we can all find comfort in their little green corner of England, sealed off from the rest of the world as it battles against a pandemic while the gang get on with baking.

New host Matt Lucas, who replaced Sandi Toksvig, gets his feet under the table as the amateurs face a sophisticated chocolatey, fruity and nutty signature challenge, a tropical-themed technical and, finally, a mighty showstopper – a table setting made entirely of biscuit.

Matt Lucas and Noel Fielding present Biscuit Week. The Signature challenge involves a sophisticated combination of fruit, nut and chocolate, and the bakers must then produce two takes on a tropical Technical. For the Showstopper round, they are challenged to create an elaborate table setting made entirely from biscuits, before judges Paul Hollywood and Prue Leith decide who will be crowned Star Baker and who will be leaving the contest this week.

Great British Bake Off episode 2 2020: It's Biscuit Week and the bakers make a sophisticated fruit, nut and chocolate combination.