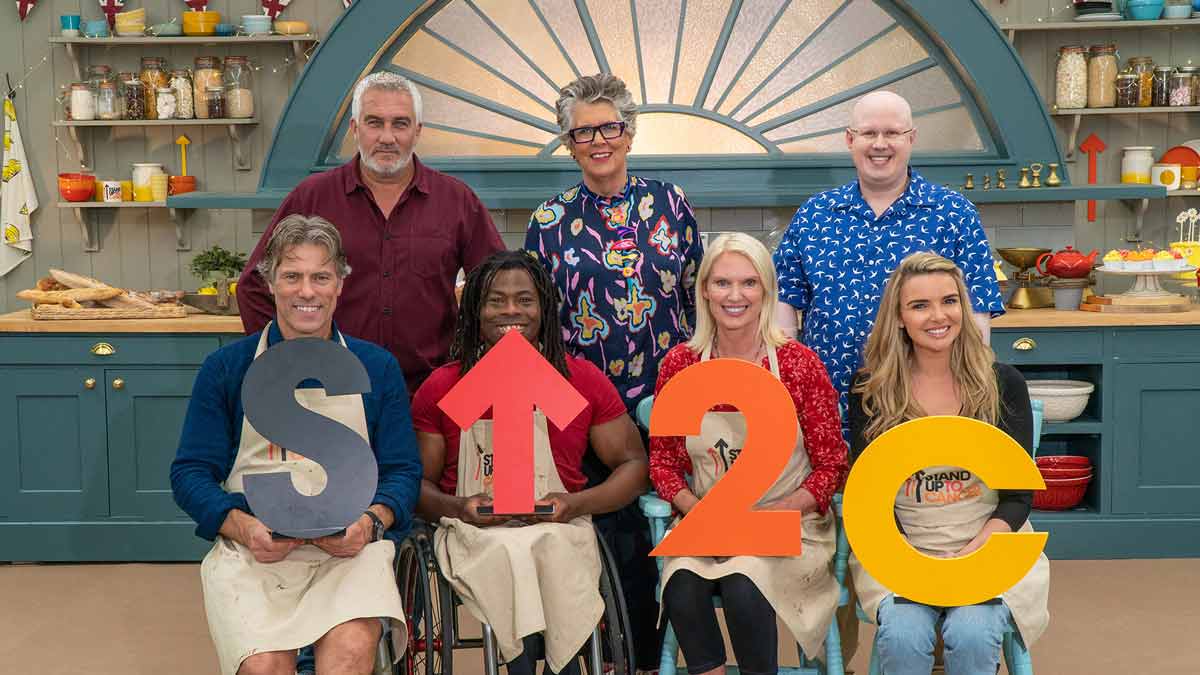 The Great Celebrity Bake Off for SU2C episode 5

The Great Celebrity Bake Off for SU2C episode 5: Matt Lucas welcomes TV presenter Anneka Rice, comedian John Bishop, pop star Nadine Coyle and wheelchair basketball player-turned-presenter Ade Adepitan into the tent. Under the watchful eye of judges Paul Hollywood and Prue Leith, the celebrity bakers attempt decorative choux buns in the signature and tackle financiers in the technical before making a showstopping cake that represents something from their bucket list. Last in the series.

They certainly haven’t left the best until last because the final four celebrities really struggle with their baking challenges. John Bishop forgets to put flour into his cake mix and Nadine Coyle drops some of her buns on the floor. Elsewhere a glass bowl shatters dramatically and someone else’s cake batter splatters all over their worktop. “I might need therapy after this,” says Ade Adepitan. I doubt the chocolate showstoppers are going to give regular Bake Off contestants sleepless nights but then we don’t watch this to admire their skill and – as always – it’s very funny.

The Great Celebrity Bake Off for SU2C episode 5

Title
The Great Celebrity Bake Off for SU2C episode 5
Description