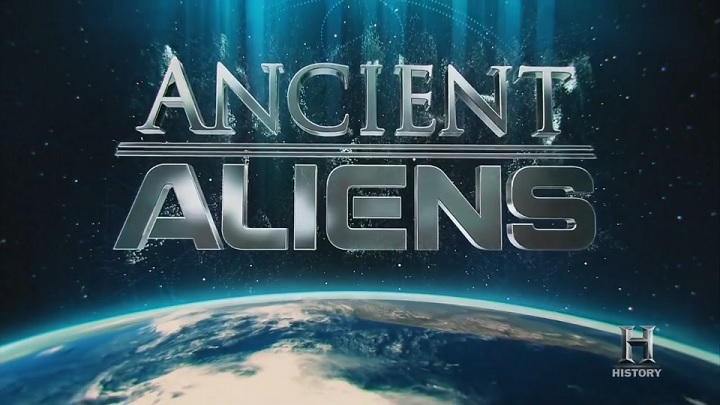 Ancient Aliens – Alien Encounters: Stories of strange encounters accompany many of history’s major events. Is it merely coincidence? Or might it be evidence of extraterrestrial intervention? In ancient myths from cultures around the globe, gods are often portrayed intervening in human affairs.

The Sumerian gods are said to have created mankind; the Hebrews believe God gave Moses man’s first laws, the Ten Commandments, and the angel Gabriel reportedly shared divine wisdom with the prophet Muhammad. But is it possible that these supernatural visitations were not actually the work of the gods–but rather a race of extraterrestrials using advanced technology to create and shape our civilization? Ancient Astronaut Theorists believe aliens may have helped guide mankind in the remote past–and that evidence for this stunning conclusion can be found sprinkled throughout human history.

Sumerian religion was the religion practiced and adhered to by the people of Sumer, the first literate civilization of ancient Mesopotamia. The Sumerians regarded their divinities as responsible for all matters pertaining to the natural and social orders.

Before the beginning of kingship in Sumer, the city-states were effectively ruled by theocratic priests and religious officials. Later, this role was supplanted by kings, but priests continued to exert great influence on Sumerian society. In early times, Sumerian temples were simple, one-room structures, sometimes built on elevated platforms. Towards the end of Sumerian civilization, these temples developed into ziggurats—tall, pyramidal structures with sanctuaries at the tops.

The Sumerians believed that the universe had come into being through a series of cosmic births. First, Nammu, the primeval waters, gave birth to Ki (the earth) and An (the sky), who mated together and produced a son named Enlil. Enlil separated heaven from earth and claimed the earth as his domain. Humans were believed to have been created by Enki, the son of Nammu and An. Heaven was reserved exclusively for deities and, upon their deaths, all mortals’ spirits, regardless of their behavior while alive, were believed to go to Kur, a cold, dark cavern deep beneath the earth, which was ruled by the goddess Ereshkigal and where the only food available was dry dust. In later times, Ereshkigal was believed to rule alongside her husband Nergal, the god of death.

Ancient Aliens – The Power of Three