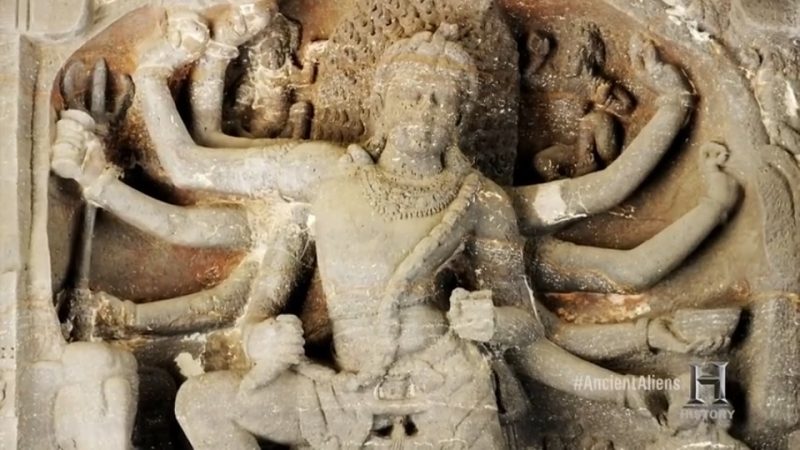 Of the millions of Hindu gods, none is more important than Shiva the Destroyer . Ancient Astronaut theorists suggest this powerful being that possessed flying machines, incredible weapons, and had supernatural abilities may, in fact, have been the leader of an extraterrestrial faction that came to Earth wielding advanced technology.

And the evidence, they say, comes not just from the incredible stories of the ancient Vedic texts, but is also carved in stone throughout the Hindu world. The megalithic Kailasa Temple dedicated to Lord Shiva is carved from a single rock cliff, and it is said that it took just 18 years to chisel out the estimated 400,000 tons of rock excavated in its construction. But how was this accomplished over a thousand years ago when modern engineers say such a feat is not even possible with today’s technology?

Shiva is one of the principal deities of Hinduism. He is the Supreme Being within Shaivism, one of the major traditions within contemporary Hinduism.

Shiva is the “destroyer of evil and the transformer” within the Trimurti, the Hindu trinity that includes Brahma and Vishnu. In Shaivism tradition, Shiva is the Supreme being who creates, protects and transforms the universe. In the goddess tradition of Hinduism called Shaktism, the goddess is described as supreme, yet Shiva is revered along with Vishnu and Brahma. A goddess is stated to be the energy and creative power (Shakti) of each, with Parvati the equal complementary partner of Shiva. He is one of the five equivalent deities in Panchayatana puja of the Smarta tradition of Hinduism.

According to the Shaivism sect, the highest form of Shiva is formless, limitless, transcendent and unchanging absolute Brahman, and the primal Atman (soul, self) of the universe. Shiva has many benevolent and fearsome depictions. In benevolent aspects, he is depicted as an omniscient Yogi who lives an ascetic life on Mount Kailash as well as a householder with wife Parvati and his two children, Ganesha and Kartikeya. In his fierce aspects, he is often depicted slaying demons. Shiva is also known as Adiyogi Shiva, regarded as the patron god of yoga, meditation and arts. 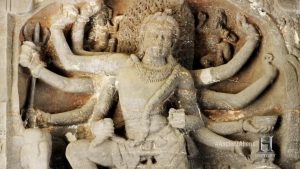