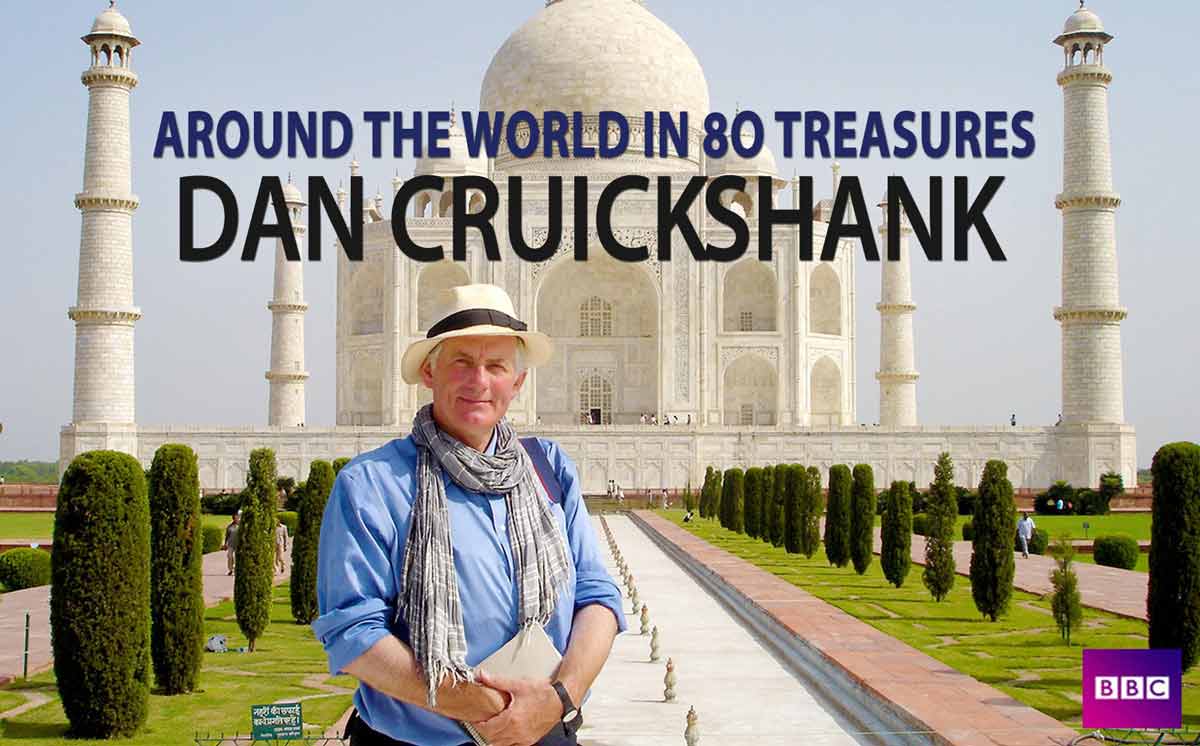 Around the World in 80 Treasures episode 10 - Homeward Bound

Around the World in 80 Treasures episode 10 – Homeward Bound: At last, the end is in sight, and Dan’s circumnavigation of the globe almost complete. But first there are some of the most brilliant treasures of all to enjoy. Venice, Florence and Rome revive an exhausted but ebullient Dan about to take his 92nd flight of the trip before he sails for home.

His first destination was once the most dangerous place on earth – Mostar and its famous bridge spanning the Christian and Muslim worlds. Destroyed by missiles and now rebuilt. Then on to Athens and the glories of the Parthenon before heading for the ultimate treasure trove of Italy – the beauties of Venice, the splendour of the Pantheon in Rome and the fabulous chapel of the Medici princes in Florence. Then in Spain, Dan is astonished by the unrivalled brilliance of the Alhambra, and echoes of the days when a large part of Europe was under Islamic rule.

At last, it’s time for Dan to reflect on the immensity of his journey round the world – how has it changed him and what is he to make of it all? What can we all learn as human beings from the fantastic variety of mankind’s creations that Dan has seen? And what single thing more than any other has inspired man to create?

Around the World in 80 Treasures episode 10 – Homeward Bound

Mostar has architecturally noteworthy buildings in a wide range of styles. Historicist architectural styles reflected cosmopolitan interest and exposure to foreign aesthetic trends and were artfully merged with indigenous styles. Examples include the Italianate Franciscan church, the Ottoman Muslibegovića house, the Dalmatian Ćorović House and an Orthodox church which was built as gift from the Sultan.

The Ottomans used monumental architecture to affirm, extend and consolidate their colonial holdings. Administrators and bureaucrats – many of them indigenous people who converted from Christianity to Islam – founded mosque complexes that generally included Koranic schools, soup kitchens or markets.

Out of the thirteen original mosques dating from the 16th and 17th centuries, seven have been lost during the 20th century for ideological reasons or by bombardment. One of the two 19th-century Orthodox churches has also disappeared, while the early 20th-century synagogue, after suffering severe damage in the World War II, has been converted into a theatre. Several Ottoman inns also survived, along with other buildings from this period of Mostar’s history, such as fountains and schools.

The majority of administrative buildings are from the Austro-Hungarian period and have neoclassical and Secessionist characteristics. A number of surviving late Ottoman houses demonstrate the component features of this form of domestic architecture – upper storey for residential use, hall, paved courtyard, and verandah on one or two storeys. The later 19th-century residential houses are predominantly in neoclassical style.

Around the World in 80 Treasures episode 10: At last, the end is in sight, and Dan's circumnavigation of the globe almost complete.