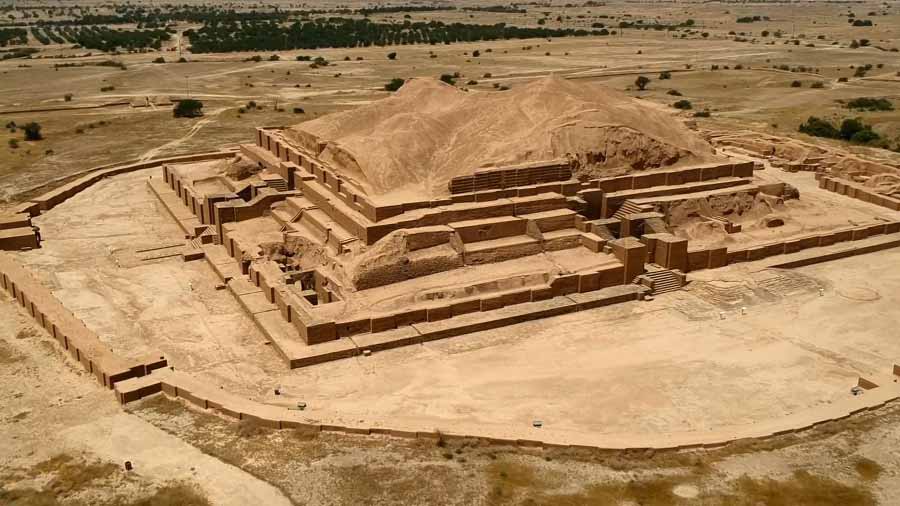 Art of Persia episode 2: Broadcaster and journalist Samira Ahmed takes viewers on a remarkable journey to places rarely seen, as she travels through Iran, telling the story of a complex and fascinating people, their culture and their history.

Samira gives a remarkable account of the clash between two powerful civilisations and explains how Iran preserved its distinctive language and culture despite the Arab conquest of Persia in AD651. From Zoroastrian fire temples to the fabled bazaars of Aladdin and an ancient magical storybook that became Iran’s national myth, this second episode in the series reveals how the country has proudly held onto its Persian identity, art and literature to this day.

Persia (roughly modern-day Iran) is among the oldest inhabited regions in the world. Archaeological sites in the country have established human habitation dating back 100,000 years to the Paleolithic Age with semi-permanent settlements (most likely for hunting parties) established before 10,000 BCE. The ancient kingdom of Elam in this area was among the most advanced of its time (its oldest settlement, the archaeological site of Chogha Bonut, dates to c. 7200 BCE) before parts of it were conquered by the Sumerians, later completely by the Assyrians, and then by the Medes.

The Median Empire (678-550 BCE) was followed by one of the greatest political and social entities of the ancient world, the Persian Achaemenid Empire (550-330 BCE) which was conquered by Alexander the Great and later replaced by the Seleucid Empire (312-63 BCE), Parthia (247 BCE-224 CE), and the Sassanian Empire (224 – 651 CE) in succession. The Sassanian Empire was the last of the Persian governments to hold the region before the Muslim Arab conquest of the 7th century CE.

Archaeological finds, such as Neanderthal seasonal settlements and tools, trace human development in the region from the Paleolithic through the Neolithic and Chalcolithic Ages. The city of Susa (modern-day Shushan), which would later become part of Elam and then Persia, was founded in 4395 BCE, making it among the oldest in the world. Although Susa is often equated with Elam, they were different polities; Susa was founded before even the Proto-Elamite Period (c. 3200-2700 BCE) though it was contemporaneous with Elamite culture.

Art of Persia episode 2: Samira takes viewers on a remarkable journey, as she travels through Iran, telling the story of a complex and fascinating people.