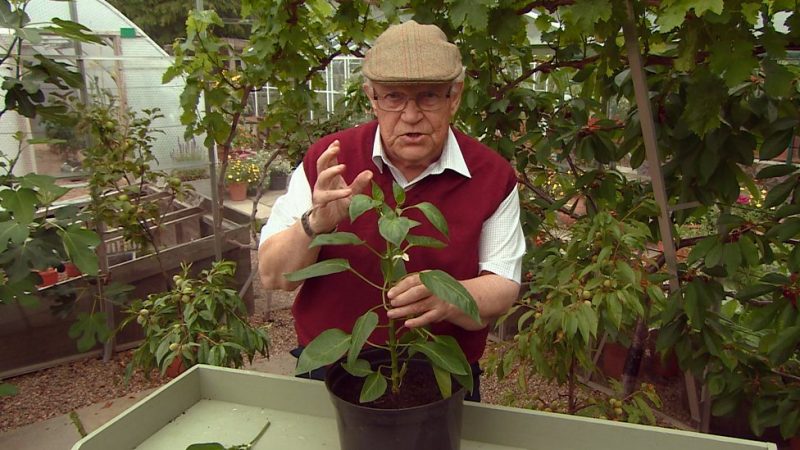 In the Beechgrove Garden episode 18 2017, Carole and George have a tough job of taste testing the new super-sweet tomatoes and thin-skinned cucumbers in the tender veg polytunnel.

Jim visits Glasgow Botanic Gardens – now in their 200th year of existence – to see how the new young gardeners of Glasgow are being trained through a unique apprenticeship scheme.

George is in his horticultural element as he visits Rosa Steppanova in Lea Garden at Tresta on Shetland. This extraordinary garden is 12 hours and 200 miles by sea from Beechgrove, and yet it is an astounding display of plants from all around the world.

Jim was revisiting his mulch observation which was set up earlier in the year. It was time to check on progress and see which was the most effective and the cost involved. Mulching suppresses weeds and conserves water. The same plant, Kolkwitzia amabilis ‘Pink Cloud’ or the Beauty Bush, had been planted in the middle of each metre square plot.

In the Keder polytunnel. Carole and George were harvesting and doing some taste testing. There was a large crop of squashes this year.
‘Pink Banana’ had produced very large fruits. It was a wonder the plant did not collapse under the weight.

George and Carole were taste testing the Squash ‘Sunshine’ which could be eaten raw or cooked. It tasted quite sweet and carroty. George said that he would grate it in salad or use it in a risotto.

3. How to Grow a Gardener

It is 200 years since the Glasgow Botanic Garden was founded, as a scientific and educational resource in association with the University of Glasgow. It’s also 70 years since the first “official” Glasgow horticultural apprentice scheme. Jim paid a visit to meet with the current crop of young gardeners undertaking a two-year apprenticeship with Glasgow City Council’s “Frontline Environmental Services” Department.

Their first year involves basic horticultural training. This year most of them are working in the glasshouses at the Botanic Garden.

4. Dig or No Dig Harvest Comparison 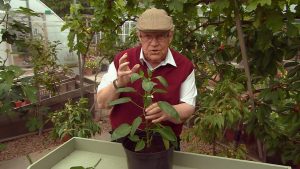 In Beechgrove Garden episode 18 2017, Carole and George have a tough job of taste testing the new super-sweet tomatoes and thin-skinned cucumbers.