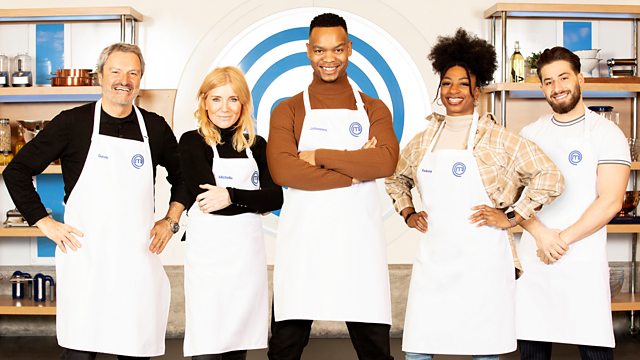 All three know what it takes to get through this competition, and they are in for a treat as the celebrities pull out all the stops to try to secure their semi-final place. Only the best two contestants can come one step closer to winning the title of Celebrity MasterChef 2021. For the one who can’t cut the mustard, the journey ends here.

Celebrity MasterChef UK 2021 episode 3: It's the first quarter-final, and the battle for the first two semi-final places reaches its climax.