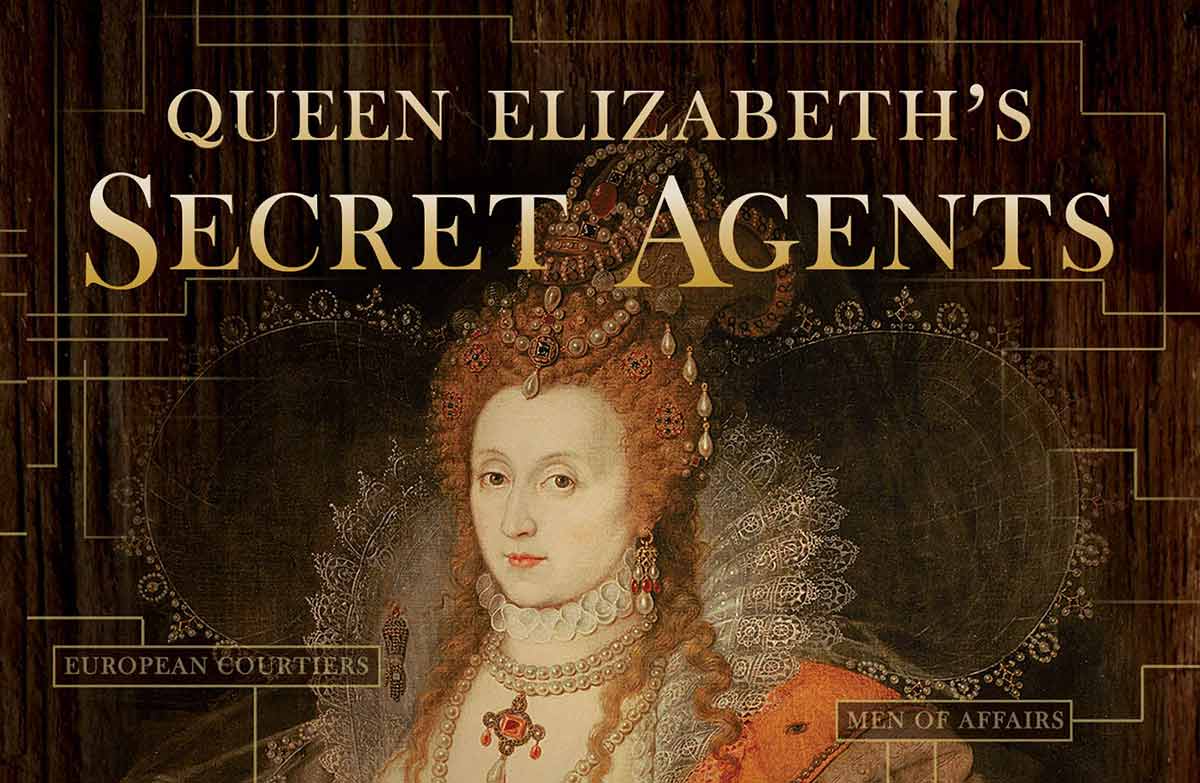 In this episode, we find England alone – a Protestant nation in a largely Catholic Europe. Then, 12 years into Elizabeth’s reign, the pope declares her a heretic, which in the hearts of England’s Catholics gives them permission to kill her. Queen Elizabeth looks to her spymaster William Cecil to stop the Catholic assassins getting through. Cecil establishes a huge espionage network – England’s first secret service. His spies break Catholic conspiracies at home and abroad.

Cecil’s network is put on high alert by intelligence from a source in Catholic Europe. As a result he catches a courier carrying coded letters that lead Cecil to unravel a plot to assassinate Elizabeth and install her cousin Mary, Queen of Scots on the English throne. Now Cecil will not rest until Mary, the figurehead for every Catholic threat and repository of Catholic hopes, is eliminated. In order to protect a queen, Cecil must kill one.

Cecil now creates an elaborate Elizabethan sting. He incubates a Catholic plot to assassinate the queen and lures Mary into it. But will Mary fall for the bait and seal her fate. Mary does walk right into Cecil’s trap, but even then the spymaster’s aim is thwarted by a queen who refuses to execute her own cousin. Cecil knows Mary must die if Elizabeth is to live, but now that means he must defy his own queen and risk the end of his career – and perhaps his life.

Elizabeth I (7 September 1533 – 24 March 1603) was Queen of England and Ireland from 17 November 1558 until her death in 1603. Sometimes called the Virgin Queen, Gloriana or Good Queen Bess, Elizabeth was the last of the five monarchs of the House of Tudor.

Upon the death of her half-sister, in 1558, Elizabeth succeeded to the throne, and set out to rule by good counsel. She depended heavily on a group of trusted advisers, led by William Cecil, 1st Baron Burghley. One of her first actions as queen was the establishment of an English Protestant church, of which she became the supreme governor. This Elizabethan Religious Settlement was to evolve into the Church of England. It was expected that Elizabeth would marry and produce an heir; however, despite numerous courtships, she never did. She was eventually succeeded by her first cousin twice removed, James VI of Scotland, laying the foundation for the Kingdom of Great Britain. She had earlier been responsible for the imprisonment and execution of James’s mother, Mary, Queen of Scots.

William Cecil, was an English statesman, the chief adviser of Queen Elizabeth I for most of her reign, twice Secretary of State (1550–1553 and 1558–1572) and Lord High Treasurer from 1572. In his description in the Encyclopædia Britannica Eleventh Edition, Albert Pollard wrote, “From 1558 for forty years the biography of Cecil is almost indistinguishable from that of Elizabeth and from the history of England.”

Cecil set as the main goal of English policy the creation of a united and Protestant British Isles. His methods were to complete the control of Ireland, and to forge an alliance with Scotland. Protection from invasion required a powerful Royal Navy. While he was not fully successful, his successors agreed with his goals. In 1587, Cecil persuaded the Queen to order the execution of the Roman Catholic Mary, Queen of Scots, after she was implicated in a plot to assassinate Elizabeth.

He was the father of Robert Cecil, 1st Earl of Salisbury and founder of the Cecil dynasty (Marquesses of Exeter and of Salisbury) which has produced many politicians including two Prime Ministers.

1989: The Year that Made the Modern World episode 1