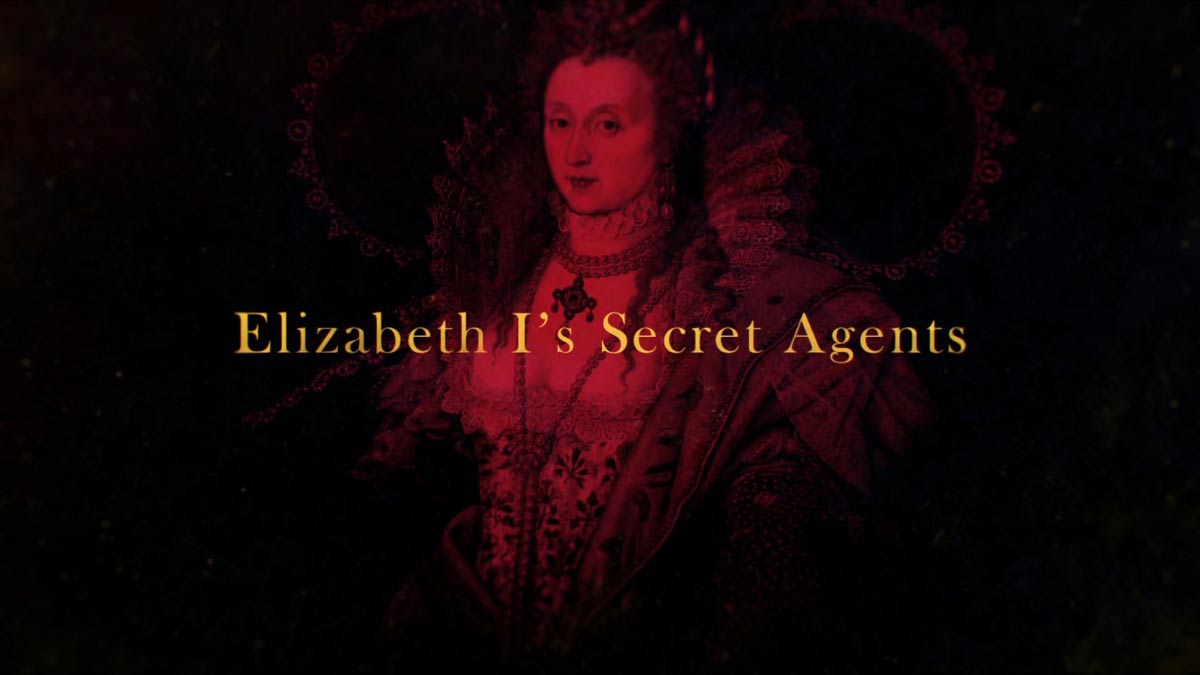 Elizabeth I’s Secret Agents episode 2: Robert Cecil is the son of Elizabeth I’s original spymaster. He has been groomed since birth to inherit his father’s network but when he finally steps into his father’s shoes, the queen’s enemies are stronger than ever and Cecil must also watch his back. The Earl of Essex has established a rival network and is trying to oust Cecil as Elizabeth’s spymaster.

Essex is everything Cecil is not. Cecil is bent-backed and under five foot tall. Essex is an athlete and a war hero who flirts with the queen. But the two men have known each other since childhood. And now they are locked in a battle that is part court theatrical, but which is also a lethal spy war in which people die horrifically violent deaths. The stakes are huge. For the winner, untold power. For the loser a one-way trip to the scaffold.

Cecil is also aware that the sun is setting on the reign of Elizabeth, who is in her sixties. He and Essex are not just battling for control of the queen, but for control over who will be her successor. For the power to select the next king of England. Essex begins a spy war within the spy war by secretly approaching James VI of Scotland and striking a deal to put him on Elizabeth’s throne when she has passed away. So Cecil must somehow oust Essex from Elizabeth’s court without making an enemy of James, who Cecil also wants to inherit the throne.

This is a secret conflict, involving double agents, coded letters, treachery and treason. It is a world that Cecil proves to be an absolute master of. Cecil ruthlessly manoeuvres Essex to the execution block and becomes the man who puts James on the English throne.

Elizabeth I (7 September 1533 – 24 March 1603) was Queen of England and Ireland from 17 November 1558 until her death in 1603. Sometimes called the Virgin Queen, Gloriana or Good Queen Bess, Elizabeth was the last of the five monarchs of the House of Tudor.

Upon the death of her half-sister, in 1558, Elizabeth succeeded to the throne, and set out to rule by good counsel. She depended heavily on a group of trusted advisers, led by William Cecil, 1st Baron Burghley. One of her first actions as queen was the establishment of an English Protestant church, of which she became the supreme governor. This Elizabethan Religious Settlement was to evolve into the Church of England. It was expected that Elizabeth would marry and produce an heir; however, despite numerous courtships, she never did. She was eventually succeeded by her first cousin twice removed, James VI of Scotland, laying the foundation for the Kingdom of Great Britain. She had earlier been responsible for the imprisonment and execution of James’s mother, Mary, Queen of Scots.

Robert Cecil, 1st Earl of Salisbury was an English statesman noted for his direction of the government during the Union of the Crowns, as Tudor England gave way to Stuart rule (1603). Salisbury served as the Secretary of State of England (1596–1612) and Lord High Treasurer (1608–1612), succeeding his father as Queen Elizabeth I’s Lord Privy Seal and remaining in power during the first nine years of King James I’s reign until his own death.

The principal discoverer of the Gunpowder Plot of 1605, Robert Cecil remains a controversial historic figure as it is still debated at what point he first learned of the plot and to what extent he acted as an agent provocateur.

In 1584, Cecil sat for the first time in the House of Commons, representing his birthplace, the borough of Westminster, and was re-elected in 1586. He was a backbencher, never making a speech until 1593, after having been appointed a Privy Councillor. In 1588 he accompanied Lord Derby in his mission to the Netherlands to negotiate peace with Spain. He was elected for Hertfordshire in 1589, 1593, 1597 and 1601, was made a Privy Councillor in 1593 and was leader of the Council by 1597.

Following the death of Sir Francis Walsingham in 1590, Burghley acted as Secretary of State, while Cecil took on an increasingly heavy work-load. He was also knighted and subsequently appointed to the Privy Council in 1591, and began to act as Secretary of State in 1589, although his formal appointment came later. He participated in the social life of the royal court, on 15 September 1595 he went hawking with the queen and they caught three partridges, which they gave to Elizabeth Wolley.

Elizabeth I's Secret Agents episode 2: Robert Cecil is the son of Elizabeth I's original spymaster, he has been groomed since birth