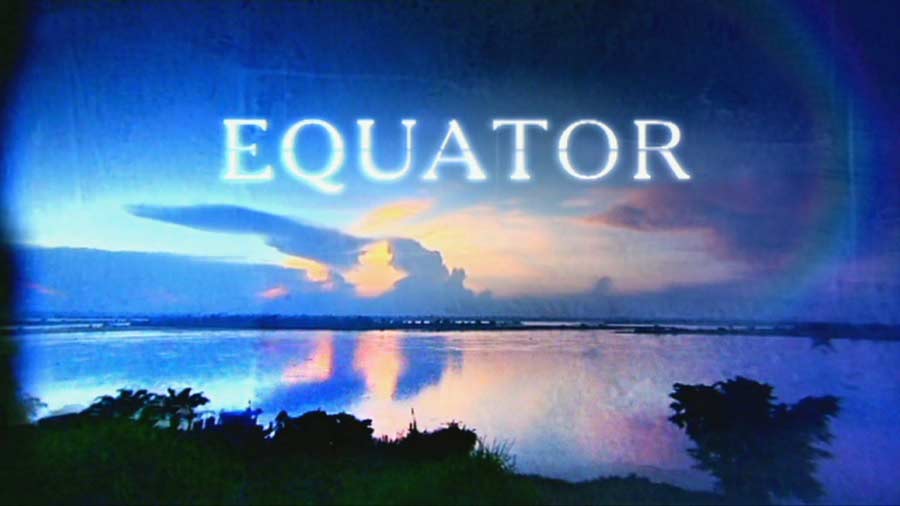 Equator with Simon Reeve episode 2: He travels across Indonesia, where he encounters paradise islands undiscovered by tourists and an environment under threat. In Sumatra and Borneo he meets orangutans and gets adopted by head hunters.

This part of his journey ends on the island of Sulawesi, where he takes to the water with the Bajo sea gypsies. Documentary series in which Simon Reeve takes a 25,000 mile journey as he treks through rainforests, climbs up volcanoes and travels through war zones on a trip around the Equator.

On Earth, the equator is about 40,075 km (24,901 mi) long, of which 78.8% lies across water and 21.3% over land. Indonesia is the country straddling the greatest length of the equatorial line across both land and sea.

The latitude of the Earth’s equator is, by definition, 0° (zero degrees) of arc. The equator is one of the five notable circles of latitude on Earth; the other four are both polar circles (the Arctic Circle and the Antarctic Circle) and both tropical circles (the Tropic of Cancer and the Tropic of Capricorn). The equator is the only line of latitude which is also a great circle—that is, one whose plane passes through the center of the globe. The plane of Earth’s equator, when projected outwards to the celestial sphere, defines the celestial equator.

Sumatra, a large Indonesian island west of Java and south of the Malay Peninsula, is known for its rugged tropical terrain, wildlife and smoldering volcanoes. To the north, the city of Banda Aceh, which was devastated by the 2004 Indian Ocean tsunami, has a museum commemorating the disaster. Bustling Medan, the island’s largest city, is a diverse economic hub and gateway to North Sumatra.

Borneo, a giant, rugged island in Southeast Asia’s Malay Archipelago, is shared by the Malaysian states of Sabah and Sarawak, Indonesian Kalimantan and the tiny nation of Brunei. It’s known for its beaches and ancient, biodiverse rainforest, home to wildlife including orangutans and clouded leopards. In Sabah is 4,095m-tall Mount Kinabalu, the island’s highest peak, and, offshore, the famed dive site Sipadan Island.

He travels across Indonesia, where he encounters paradise islands undiscovered by tourists and an environment under threat

The Pacific In The Wake of Captain Cook with Sam Neill ep. 1