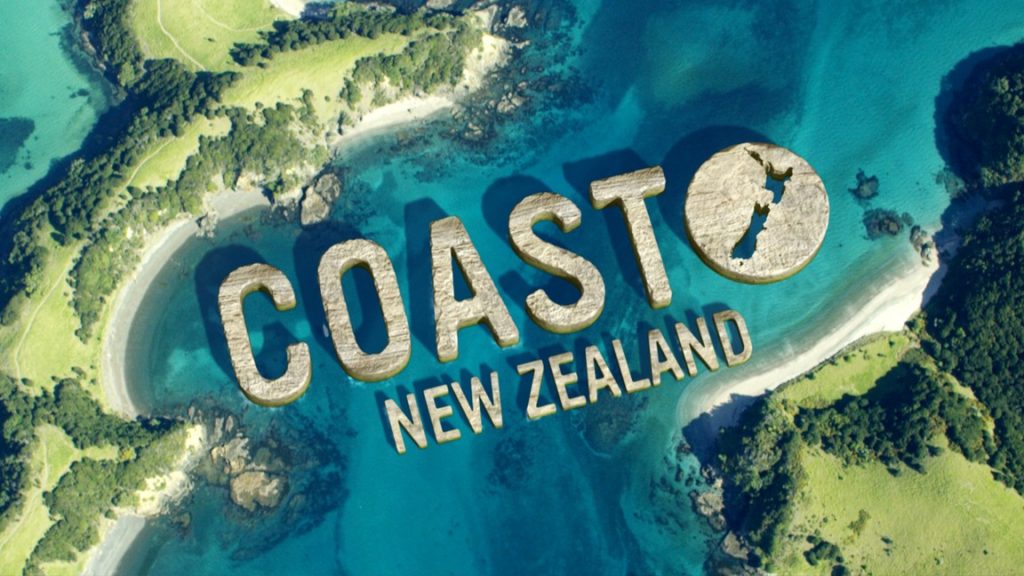 Neil Oliver takes a fascination journey around the coast of New Zealand, uncovering stories that make us the island nation that we are today.
Coast New Zealand is an epic voyage of discovery along the margins of a country that’s a newcomer on the terrestrial stage; islands that were forged in the furnace of earthly forces, mega earthquakes, marauding glaciers and furious volcanoes.With 16,000kms of dynamic coastal stories to uncover with an expert and enthusiastic team, this series is a fascinating investigation into our past and present, telling the story of the formation and evolution of our nation: our history; our people; and our culture.

Acclaimed Scottish archaeologist and historian Neil Oliver will be joined by four New Zealanders, all experts in their field; Matt Carter, one of the leading diving maritime archaeologists in Australasia, renowned geologist and palaeontologist Dr Hamish Campbell, marine biologist and actress Jacky Guerts, and Riria Hotere, an actress and passionate former member of the Museum of New Zealand Te Papa staff.
As the team dig; dive and delve into our origins they find surprising and entertaining stories that date back thousands of years, right through to the present day.

From the WWI German captain who became a folk hero by escaping the Motuihe prisoner- of-war camp in 1917, to the activists who protested against the nuclear-powered USS Long Beach in 1976 we captures the magnificence and diversity of New Zealand’s coastline.

Traveling from Milford Sound to the Bay of Islands and from the West Coast to the East Coast, Coast New Zealand profiles compelling characters and unearths fascinating facts. Meet New Zealand’s kamikaze surfers, discover one of the world’s oldest surviving wooden vessels, and find out how New Zealand could have ended up as part of the South of France.
The series is designed to stimulate, provoke and inform. The series transports viewers to a picturesque paradise.
With a wealth of intriguing tales and inspiring locations to draw from, this is a fun and informative tour of our remarkable coastline. 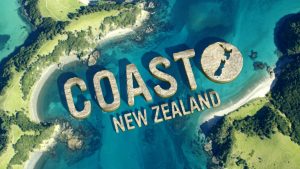 Neil Oliver takes a fascination journey around the coast of New Zealand, uncovering stories that make us the island nation that we are today.