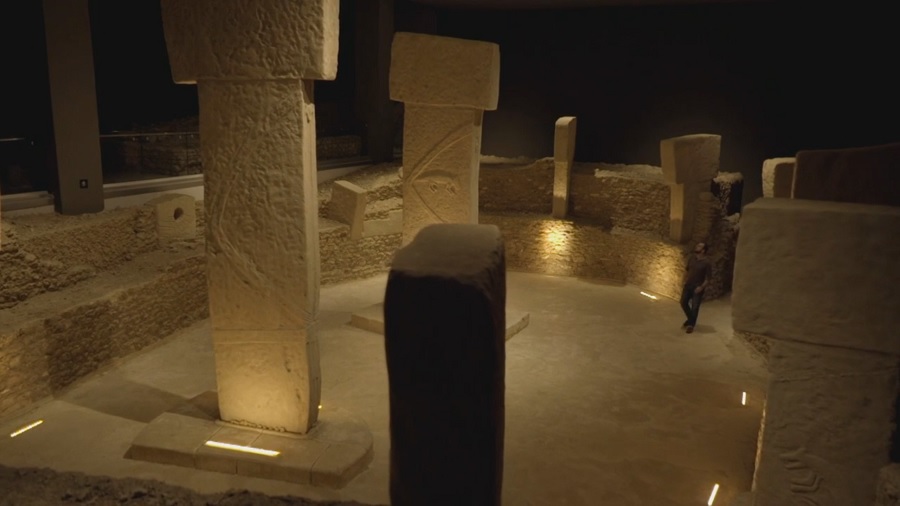 First Civilizations – Cities episode 3, view the birthplace of civilization: the Middle East, site of the world’s first villages, towns and cities, from the hills of Turkey to the plains of Iraq. They were crucibles of invention and innovation-turbo-charging the pace of progress.

A look at the first human civilizations, which emerged in the Near East, Egypt, the Indus Valley, China, the Andes, and Mesoamerica. All subsequent civilizations have been derived from these original six foundational civilizations. First Civilizations Having lived as mobile foragers for 99 percent of our time on Earth, why did humans set out on the road to civilization? How did they create villages, towns, cities, and states, and establish the blueprint for the modern world?

First Civilizations identifies four cornerstones of civilization – war, religion, cities and trade – and explores each in the context of a different location, from Mexico, Guatemala, Iraq, Turkey, Egypt, India, and Pakistan, to Oman, Morocco, France, Germany, Japan, the United Kingdom, and the United States. Unearth the latest archaeological discoveries, test new theories, and uncover original information as dramatic reconstructions and computer graphics visualize the lost world of the first civilizations.

In each of the four episodes, discover how our ancestors were motivated by the same impulses that persist today – the inevitability of war, a need for religion, the lure of the city, and a love of trade.

Göbekli Tepe is an archaeological site in the Southeastern Anatolia Region of Turkey approximately 12 km northeast of the city of Şanlıurfa. The tell (artificial mound) has a height of 15 m and is about 300 m in diameter. It is approximately 760 m above sea level. The tell includes two phases of use, believed to be of a social or ritual nature by site discoverer and excavator Klaus Schmidt, dating back to the 10th–8th millennium BCE. During the first phase, belonging to the Pre-Pottery Neolithic A (PPNA), circles of massive T-shaped stone pillars were erected – the world’s oldest known megaliths.

More than 200 pillars in about 20 circles are currently known through geophysical surveys. Each pillar has a height of up to 6 m and weighs up to 10 tons. They are fitted into sockets that were hewn out of the bedrock. In the second phase, belonging to the Pre-Pottery Neolithic B, the erected pillars are smaller and stood in rectangular rooms with floors of polished lime. The site was abandoned after the Pre-Pottery Neolithic B. Younger structures date to classical times.

First Civilizations – Cities episode 3, view the birthplace of civilization: the Middle East, site of the world’s first villages, towns and cities, from the hills of Turkey to the plains of Iraq.