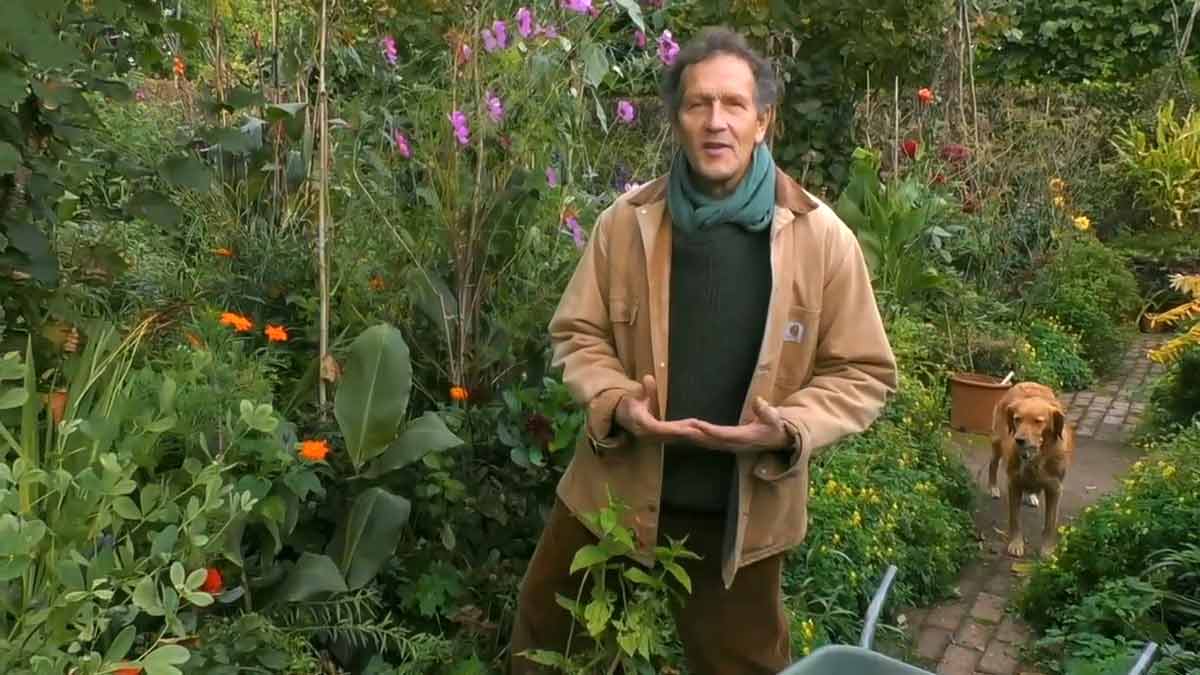 Gardeners World episode 33 2020: In the final programme from Longmeadow this year, Monty harvests his pumpkins, plants bulbs in a pot and has plenty of jobs we can be getting on with over the coming weeks.

Frances Tophill travels to Winkworth Arboretum in Surrey to celebrate the season and to explain the science behind the golden and red tones of autumn leaves. The team takes inspiration from RHS Harlow Carr and has a look at their winter borders and the plants which will add interest and drama to gardens over the coming months.

There is a second chance to meet a woman who has inspired a generation of young people and taught them gardening skills from her garden in the West Midlands, and the show revisits Hampshire twins Stuart and Ian Paton to find out what it takes to grow record-breaking pumpkins.

And revel in the films of the gardens and gardening tips viewers have shared this year.

Cannas are vibrant tender perennials that produce bold leaves and showy flowers in shades of red, orange, yellows and pinks. It is a useful summer bedding plant for both containers and borders, but does well in cool conservatories in summer. Cannas can be grown in borders or containers. They are grown from rhizomes (underground stems), which you will find for sale in late winter in bags of shredded paper, or sold loose. Cannas are easy to grow from rhizomes, but you can also buy plants over the summer.

Start rhizomes off into growth in March or early April by planting in 20cm (8in) pots using multi-purpose compost. The rhizomes should be just covered with compost, leaving any young shoots exposed. Water lightly. Keep the rhizomes at a temperature of 10-16°C (50-60°F), such as in a heated greenhouse or sunny conservatory. If heating is not available, delay potting until April. Increase watering as growth develops.

Tender plants can be cut back, lifted and stored in a dormant state, or protected with a covering of organic matter (known as mulch). The decision on whether to lift and store or leave them outside under mulch depends both upon the plant and the local climate.

Tender herbaceous perennials that can be lifted and stored include dahlias, cannas, tuberous begonias and gladioli. All these plants have fleshy tubers, rhizomes (underground stems) or corms that can survive in a dormant state when lifted and stored.

In milder areas of the UK and in sheltered, well-drained, parts of the garden, it may be possible to cut back the tops of tender plants, leave them in the ground and cover them with a thick mulch to protect them over winter. In very cold or exposed areas, even hardy perennials may need the protection of mulch over winter.

The internet has transformed gardeners’ shopping habits. Buying plants by mail order from the comfort of your own home couldn’t be easier – you can order from reputable nurseries and specialist growers to supply your favourite plants.Plant catalogues remain ever popular, however, and offer photographs of bountiful crops and beautiful flowers.

Thick leaves like sycamore, walnut, horse chestnut and sweet chestnut need to be shredded before adding to the leafmould pile, as they are much slower to break down. Alternatively, they can be added to the compost heap after shredding.

Pine needles are worth gathering and placing in a separate leafmould pile as they produce acidic leafmould, which is ideal for mulching ericaceous plants, such as rhododendrons, azaleas, camellias, Pieris and blueberries.

Tulip fire is a fungal disease of tulips caused by Botrytis tulipae, which produces brown spots and twisted, withered and distorted leaves. It is so named because plants appear scorched by fire. This disease is caused by the fungus Botrytis tulipae. It is closely related to the grey mould pathogen Botrytis cinerea. Leaf symptoms are visible from when leaves emerge in late winter until they die back in summer.

When some shrubs are pruned hard, they regrow vigorously producing more colourful stems that brighten up the garden in winter. Others can also be hard-pruned to create a large-leaved effect. These methods, when applied to trees, are often called coppicing and pollarding, but when applied to small shrubs the term ‘stooling’ is commonly used.

Late winter (February) or early spring (March), before the leaves begin to appear on the stems, is traditionally considered the best time to prune. However, to allow the maximum time to enjoy colourful stems, shrubby Cornus and willows are now typically pruned from late March to mid-April, just as the new growth is developing.

Plant roots and shoots are in balance and, after hard pruning, plants will regrow to re-establish this balance. It is important to prune in the dormant season as the plant resources are largely in the roots and can be used for the required vigorous regrowth. If pruned in summer, plant resources – which, by this time, are predominantly found in the leaves – will be removed, and regrowth will be less strong.

Gardeners World episode 33 2020: In the final programme from Longmeadow this year, Monty harvests his pumpkins, plants bulbs in a pot