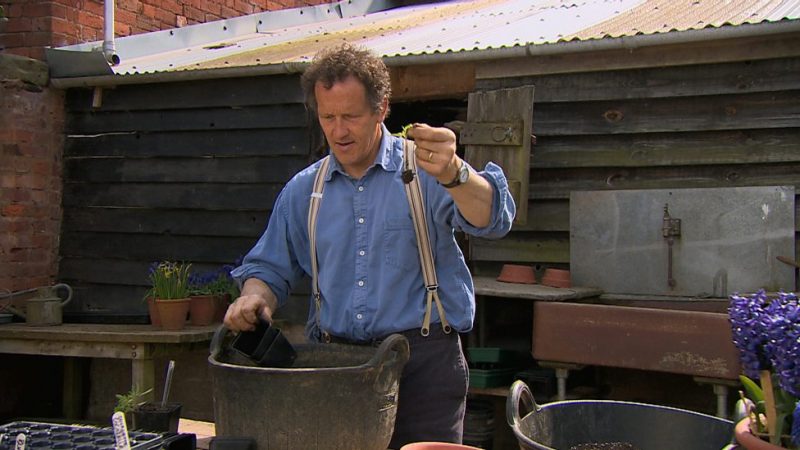 In Gardeners World episode 7 2015, magnolias are the showstoppers of the tree world right now; to celebrate them in all their glory, James Alexander-Sinclair visits Borde Hill Garden in West Sussex, with its collection of magnificent champion trees. Monty Don is busy at Longmeadow too, giving his borders a bit of a boost and pricking out seedlings by the hundred.

Weeds are growing fast now, so it’s worth getting on top of them before they run amok in your borders. Perennials weeds are particularly difficult to control, so it pays to dig them out while they are still small. Remove as much of the roots as you can as any pieces you leave behind will almost certainly regrow.

Mophead and lacecap hydrangeas can be pruned now. Cut off all the dead flower heads back to a strong pair of buds, along with any weak or congested growth right down to the ground. Up until now, the faded blooms have helped to protect the new buds from frost, but now that the weather has started to warm up, there’s no need to leave them on.

Primroses and polyanthus can be propagated once they have finished flowering. Simply lift large established clumps and divide them into smaller chunks. Replant these immediately, ideally in a lightly shaded spot, and water in well.

Daffodils have long been considered one of the heralds of spring. Planted in autumn, they spend several months developing roots before the flowers burst forth in spring. They can be planted in borders and containers.

Magnolias are trees or shrubs with astonishing goblet- or star-shaped flowers that are admired icons of spring and summer. And evergreen magnolias are particularly good for wall-training.

What is tomato blight?

Tomato blight, properly called late blight, is a disease of the foliage and fruit or tubers of tomatoes and potatoes, causing rotting. It is most common in wet weather.

Any fertile garden soil can be used for rhubarb, as long as it is well drained and in full sun. Crowns (‘sets’) can be cropped for ten or more years, though division may be necessary after about five years.

Plant crowns in November or December. If necessary, planting can continue up to the beginning of March. Buy named cultivars, or choose a division from a strong, healthy-looking plant.

Plant the crown with the growing point at, or just below, the soil surface. On wetter soils, planting with the buds just raised out of the soil may help prevent rotting. If planting more than one crown, space plants 1m (3ft) apart, with 1-2m (3-6ft) between rows. 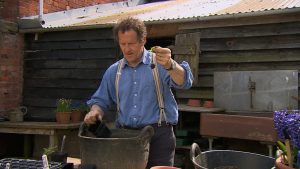 In Gardeners World episode 7 2015, magnolias are the showstoppers of the tree world right now; to celebrate them in all their glory.