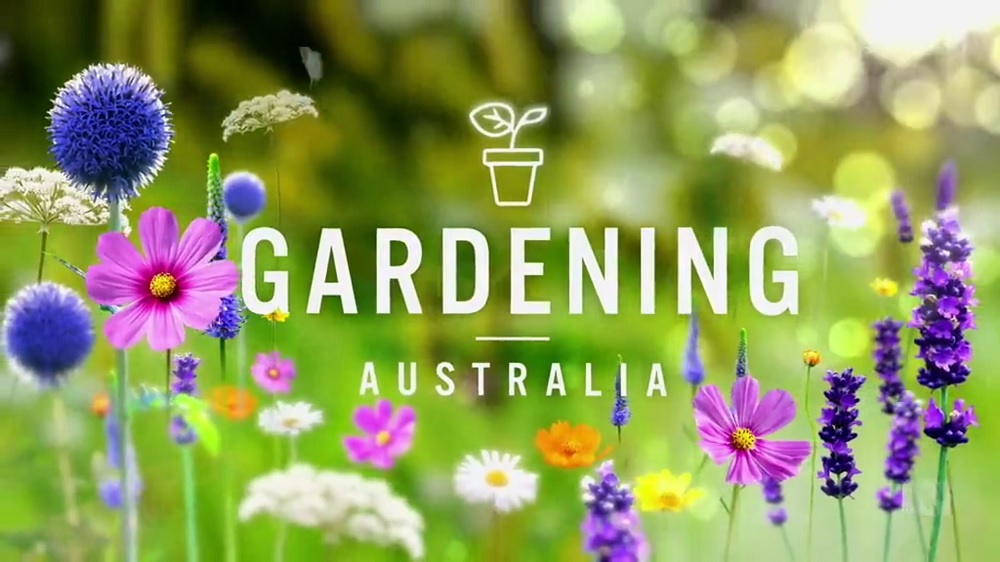 Gardening Australia has always provided practical, trustworthy and credible gardening advice to inspire and entertain. Inspiring, entertaining and full of practical advice, join Costa Georgiadis and the team as they unearth gardening ideas, meet avid gardeners and look at some of the most inspiring gardens from across the country.

Costa catches up with artist Wendy Whitely to revisit her extraordinary public garden overlooking Sydney’s Lavender Bay. The garden is the vision of artist Wendy Whitely. She and her husband, the late artist Brett Whitely moved to Lavender Bay in 1970 and the view features in many of his paintings. The garden is just below her house and was all weeds and dense vegetation at first. They built paths and terraces into the hillside then they started planting.

Some of the original plants include a circle of bangalow palms, which were a gift from Wendy’s late daughter, Arkie. “It was an ongoing process of not sitting around feeling miserable,” Wendy recalls. “I needed to do something creative, so that was it.” Wendy says she knows nothing about gardening but positions plants by their shape, colour and combinations.

Wendy is helped in the garden since 1996 by Corrado Camuglia, who asked for a job as a joke. Challenges include clearing the scrub of rubbish and dead undergrowth, and dealing with the steep slope, where everything comes in and goes out by hand. As a Sicilian, his personal favourites are the fruit trees, but he also loves the bottle trees.

Sophie explains the difference between geraniums and pelargoniums, Jerry explains why potting mix may be turning green and Jane gives a tip on accelerating the composting process.

Millie has tips for growing Brussels sprouts. Growing good-quality Brussels Sprouts instead of what Millie calls larger, ‘open-form cabbages’ can be quite hard and it depends on three main factors. Brussels Sprouts (Brassica oleracea cv.) are cool-season plants and will do best in a cool or cool-temperate climate.

The second it timing – these need to be planted in summer so they’re well developd by autumn. This means they need protecting from cabbage white butterflies, so Millie covers her with exclusion netting until the cooler weather comes along. Lastly, because they are Brassicas, they are hungry plants and you need to keep the food up to them.

What’s in a Name

Jerry shows that a name-change hasn’t stopped a versatile family of plants from being excellent garden – and indoor – specimens. Commonly called Mother-in-Law’s tongue (because they’re a little sharp), the plants that were until recently known as Sansevieria has now been found to be genetically so similar, they have been moved into the genus Dracaena.

But whatever you call them, they’re still great indoor an outdoor plants, so Jerry introduces some of his collection. Some are huge, such as Dracaena arborescens, the tree dracaena. Dracaena ‘Coppertone’ has lovely marbled leaves with peachy tones and sweetly scented powder-puff flowers. In contrast, Dracaena ‘Silver Sword’ has attractive silvery leaves.

One of Jerry’s smallest is Dracaena suffruticosa, which would fit on a windowsill.

Sophie meets a gardener who has created a lush garden with a tropical feel in dry, hot, downtown Adelaide. There are many distinct ‘rooms’ around the relatively small garden, with lots of places to sit and enjoy the lush surrounds. Steve says we live so much outside that interior design is just as relevant to creating outside spaces. Colour is important and used to link spaces together. Large-leafed plants give a tropical feel.

He started designing in the front with a deck, screened by a Willow Myrtle and plum hedge. Shade is provided by a pergola with glory vine growing over it. Instead of lawn, they created a pond. In the backyard there is another small water feature with running water. Steve explains how he created it quite cheaply.

A paved courtyard works as a larger dining area, which features a fire pit under the table for use in winter. Steve allows about 5 square metres for 8-10 people. Through a door is another table with Balinese-style hut that Steve uses in summer. Bamboo panels and a day bed add to the atmosphere. A third water feature area sits in an area with a more Mediterranean feel, enhanced by blue glass and pots. It is the only area with any lawn.

Steve allows a gap between paving and other areas – covered by grass or pebbles – to allow for changes in infrastructure such as irrigation.

Tino discovers an organic ‘microfarm’ where intensive growing on a small patch of land is producing a huge variety of crops. 11 acres (4.45ha) market garden; 1 acre grows blueberries and 1 acre is used for the microfarm. James says microfarming differs to regular farming mainly due to being more intensive over a smaller area.

For this reason, James focuses a lot of his attention on keep the soil healthy to maximize the nutrients and production of the land, where he produces a wide range of food for local families and restaurants – up to 150 different crops a year. The soil is not tilled below 15cm, to preserve the soil structure.

It also means he can plants crops a bit more closely together than you normally would, and he often interplants a fast-growing crop – radishes for example – between rows of slower-growing plants. The radishes will be long gone (after about 27 days) by the time the slower crop such as beetroot need more space.

Standardised beds have been the key to the economic success of the system. James says: “On the farm are 120 permanent beds, all 15m long, 750mm wide with 450mm paths in between beds.

Jane heads to Melbourne’s multicultural suburb of Dandenong to explore the attractive and highly edible public gardens that surround its famous market. Dandenong’s population includes more than 150 nationalities (the highest ethnic diversity in Victoria), with over 60% of the population born overseas and 64% speaking a language other than English. She meets Greater Dandenong Council head gardener Steve Nelson to learn more about the colourful edible borders in the public parks.

One of the beds is circular and laid out like a formal parterre garden, featuring ornamentals as well as edibles, while others are less formal, potager-style but contain a wider range of food plants. Another set of beds has wildflower meadow wildflowers, and there is a section designated to Steve’s favourite – native plants.

The most surprising section is dedicated to food plants a little less familiar to the mainstream Australian palate. It was planned out in conjunction with Burnely Horticultural College, starting in 2017.

“We’ve got all sorts of things in there: Abyssinian banana, sweet potato, taro, paw paw, babaco.” There is also Brazilian Spinach, Konjac, Tamarillo, Canna lily and Cassava. “There’s an edible hibiscus, you eat the leaves. It looks fantastic but over winter it disappears completely…. We’ve been surprised with the babaco. It’s tucked away in the middle of the bed and had some massive fruit on it – until a knowledgeable resident recognized them!”

Josh shares the different pruning techniques needed for a range of native plants. Some people are afraid to prune native plants because of the myth that they don’t need it, or for fear of doing something wrong. Many native plants are used to being browsed by animals so a bit of a trim and tidy up at the right time of year can keep them healthy, happy and flowering.

Josh first assesses his garden, looking at the big picture, because every plant is pruned for a reason.

We profile the Seven-Sons Tree (Heptacodium miconioides) – named due to the cluster of seven highly-fragrant flowers it produces. There are about 4,500 plant species in the northern territory; about 80 are currently listed as threatened, and another 1,100 are little-known or are likely to become threatened. Ben is the nursery manager at the George Brown Botanic Gardens in Darwin, “but that is not really what I do! A more accurate title is that I manage the conservation seed bank, which occupies me year-round.”

Ben was born in Darwin, just after Cyclone Tracy. He spent much of his childhood in a rural block and camping at weekends; this gave him an appreciation of the natural environment. He loves the variety of his job, which involves a lot of field work in remote areas and collaborating with other seedbanks around the world.

We meet plant hunter Ben Wirf, who explores many parts of the Top End to supply the seed bank at Darwin Botanic Gardens.