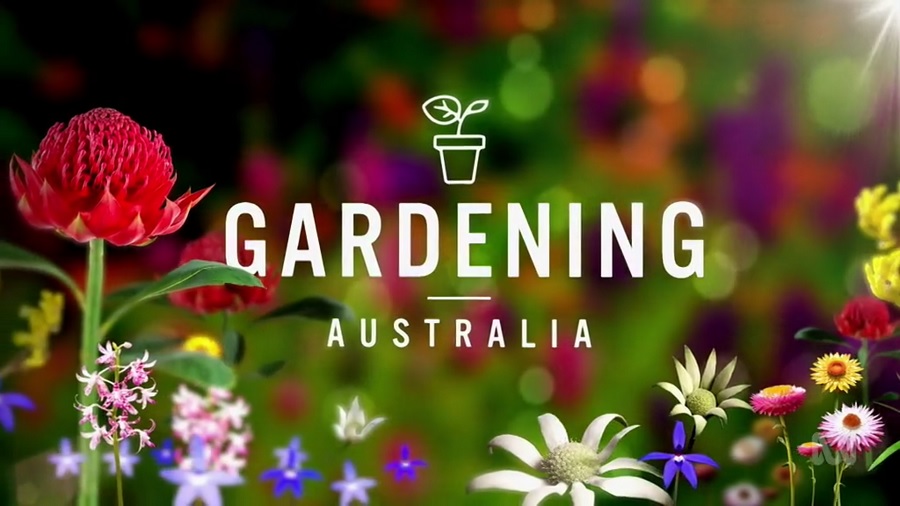 Inspiring, entertaining and full of practical advice, join Costa Georgiadis and the team as they unearth gardening ideas, meet avid gardeners and look at some of the most inspiring gardens from across the country.

Sophie is on Kangaroo Island to see how one particular garden is helping a community recover from last summer’s bushfires.

Sophie visited Kangaroo Island to film for Gardening Australia in Dec 2019. Weeks later, the summer bushfires of 2019/20 ripped through half the island with devastating ferocity, burning reserves, infrastructure, homes, animals, farms and gardens. It was the largest fire in the island’s recorded history, burning half the island.

After the fire, Sophie knew lots of people on the devasted western part of the island were farmers who grew their own fruit and vegies. Not only did they lose their homes, but their gardens and food sources in the fires. Sophie started ringing people in late January to see what she could do to help. Maybe seeds would help so people could start replanting? But then Sophie learnt from that people wouldn’t be planting seeds very soon as rebuilding gardens takes a long time after a fire. She wondered ‘What can I do to help? What would I want if I lost my garden to fire? I’d want my garden back again.”

Clarence joins a community group saving wildlife who have been injured or orphaned by fire.

In the summer of 2019/2020, bushfires were accelerating across the south-east coast of NSW and VIC, clearing both developed and natural land. The Currowan Fire began on the south coast (towards VIC border) in November and rapidly spread north, burning through almost 500,000 hectares for 74. In the Shoalhaven’s coastal towns much of the surrounding bushland was decimated within the first days of January 2020. Whilst so much was lost, people from all along the coast quickly banded together and were on the scene to provide urgent assistance to the affected wildlife that lost shelter, food, and family.

15 minutes south of Nowra is Falls Creek – a scenic, rural town that was surrounded by bushfires and several properties were lost. Fortunately, the Mudgeroo Emu Farm and Animal Refuge was spared (after multiple close calls). It’s a private property turned into a sanctuary by veterinary nurse Belinda and her handy husband.

Josh visits a gorgeous garden that was designed to protect a coastal home from fire but is now drawing visitors because it is so spectacular.

On the edge of the Indian Ocean and the Leeuwin-Naturalist National Park, in the hills overlooking Yallingup in southwest WA, lies a most remarkable garden. Perched on a limestone ridge above Smiths Beach is ‘Fire and Beauty’, the home of life-long locals Bill and Di Mitchell. Bill and Di bought the place in the 80’s, essentially as a holiday home for mad-keen surfer Bill. But, as time went on, Bill and Di decided to make this spot their permanent home when they retired in the early 2000’s. Every aspect of this property is breathtaking – the view, the surrounds, the house itself and, what Josh is here to see – the garden.

Costa meets the team who put their lives on the line to monitor and protect Australia’s most famous Gondwana-era plant – the remote and vulnerable Wollemi Pine.

The Wollemi Pine is a remarkable plant, with ancient lineage harking back to the Jurassic period. It is one of the worlds’ oldest and rarest plant species, and belongs to a unique a genetic lineage, thought extinct for some 65 million years. Growing undetected only a 150km from Australia’s biggest city, Sydney, it is often (though perhaps not accurately) described as a pino-saur or a living fossil. When it was rediscovered in 1994, it became an international super-star.

Dr Cathy Offord has been working on the Wollemi since that moment. “Well, I wasn’t there the day it came in but pretty soon after!” A park ranger was canyoning in Wollemi National Park and they stopped for lunch in a deep valley. He spotted a tree he didn’t recognise and when he presented the leaf to his team, it had them stumped. Eventually it made its way to the Royal Botanic Gardens and was named as a new genus and species to science.

Tino explores a lush garden in Tasmania’s south-east, where one family has built on the memories of the 2013 bushfires to create a home, life and garden that is stronger than ever.

On the east coast of Tasmania, along the scenic narrow isthmus which separates the Forestier and Tasman Peninsulas from the rest of Tasmania, lies the small, sleepy fishing village of Dunalley. Its fish markets, oyster farms and idyllic rural setting make it a special place, a bit of a “hidden gem” known only to canny Tasmanians, well-researched tourists and the couple of hundred residents. That was until early 2013, when bushfires tore across the state of Tasmania, delivering a literal firestorm to the town of Dunalley.

Sophie heads out bush on spectacular Kangaroo Island, where many resilient native wildflowers have evolved to thrive after fire.

Kangaroo Island is one of Australia’s biodiversity hotspots because of its high diversity of local plant species (over 1000 species) including 60 endemic species, and because conservation is essential to preserve the natural values. The summer bushfires of 2019/20 burnt through half the island, including large areas of national park and protected reserves. It was the largest fire in the island’s recorded history and burnt most of the western end of the island.

Many native plant species are adapted to survive, regenerate and thrive after fire. Two Kangaroo Island resident experts, Michelle and Andy, are involved in vegetation surveys looking at the way plants respond to fire, and if new or rediscovered species are emerging.

We meet some of the Banbai elders and rangers from northern NSW who use cultural burning to heal their land, and a research scientist who is tracking their results.

The Banbai Nation of the southern Highlands of NSW is small by some standards. But the significance of the landscape here, and the work being done is enormous. Here, on their protected lands, the Banbai have been working with ecologist Michelle Mckemey, to measure the impacts of cultural burning practices.