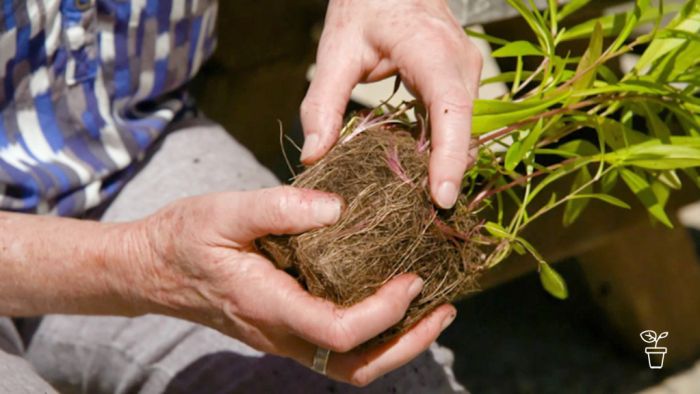 Gardening Australia has always provided practical, trustworthy and credible gardening advice to inspire and entertain. Join Costa Georgiadis and the team as they traverse the country unearthing the best gardens.

According to Mark, grafted citrus are the only way to grow. “I know there are people trying to grow from cuttings, but, for me, grafted citrus are stronger trees, more pest and disease resistant and, most importantly, give you more fruit much more quickly!” explains Mark.

Jerry pops into Queensland’s biggest Bromeliad show to learn what it takes to grow a prize-winning plant. Bright and early on a sunny Brisbane Saturday morn, Jerry heads to the Bromeliad Society of Queensland’s annual show. Surrounded by passionate bromeliad fanciers, growers and gardeners, Jerry discovers the colourful world of these stunning plants.

Tino is in The Patch giving some tips on how to get the best out of your asparagus.

Millie learns about the plants that are playing an integral role in bringing the Lord Howe Island stick insect back from the brink of extinction. Millie finds herself in a sticky situation at the Melbourne Zoo with some gorgeous endangered insects, whose very survival is intimately connected to plants, and the people who grow them.

Melbourne Zoo is home to several invertebrate species – those animals without a backbone – including a range of butterflies and insects. But there is one insect in particular that Millie is interested in getting to know – the critically endangered Lord Howe Island Stick Insect (Dryococelus australis).

Sophie visits an exotic sunken garden to find out how it was turned from a town’s tip, to a top tourist attraction. Sophies heads to Mount Gambier in South Australia and dives deep into horticulture at a most unusual garden – the Umpherstone Sinkhole.

Umpherston sinkhole was once a limestone cave, formed by the corrosion of seawater, with the sinkhole appearing once the roof of the cave collapsed. While sinkholes like this are somewhat common in this region of South Australia, it is the vision of James Umpherstone transformed this site into ‘the’ place to be seen for Mt Gambier’s elite in the late 19th Century.

Jane visits a peri-urban farm where volunteers are growing produce for Melbourne’s Asylum Seeker Resource Centre. On Melbourne’s sand belt sits Baguley farm, a twenty-acre property where the owner’s generosity of spirit is as rich and fertile as the soil beneath their feet.

The Baguleys’ are no strangers to Gardening Australia, with Isabel and Frank Baguley having run a cut flower farm for many decades, and their son, Les, a second-generation flower grower and all-round legend. Some years ago, after a serious health issue, Les found himself rehabilitating by growing vegetables for his family, alongside the cut flowers. So successful was this undertaking that he had excess produce to share, and decided to contact the Sacred Heart Mission and offer them his home grown. This was essentially the beginning of Les sharing the land, and growing food for charities.

We meet Simon Rickard in his stunning ornamental cool climate garden filled with foliage and form.

Tino shows how understanding the life cycle of the coddling moth can help you to control it.