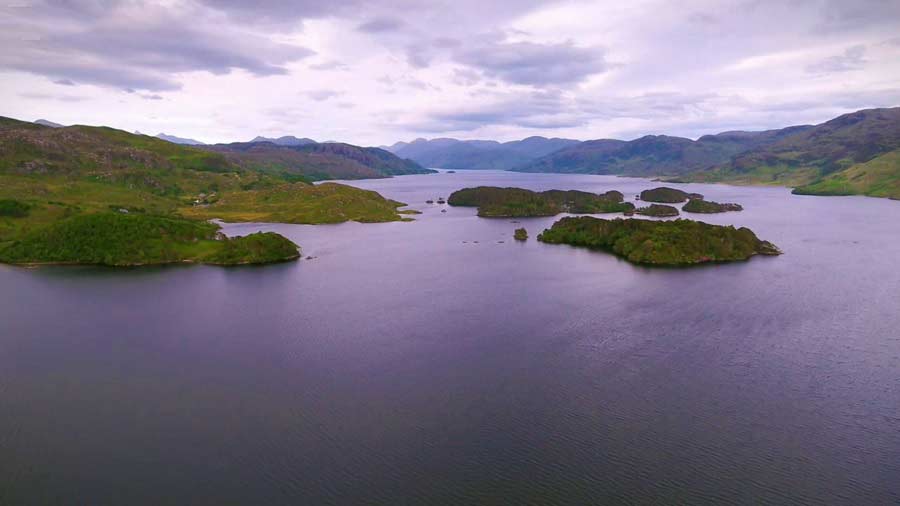 He lifts the lid on the area’s secret connection with the celebrated SOE (Special Operations Executive) which Churchill hoped would set Europe ablaze. On the shores of several lochs, agents were trained in the dark arts of sabotage. On Loch Morar, Paul meets a man who claims to have seen the legendary monster Morag (pronounced Voorag), before getting a ferry to Inverie in the heart of the Rough Bounds and searching for Jacobite gold beside Loch Arkaig.

Knoydart is a peninsula in Lochaber, Highland, on the west coast of Scotland. Peninsula is sandwiched between Lochs Nevis and Hourn — often translated as “Loch Heaven”  and “Loch Hell”  respectively, although the somewhat poetic nature of these derivations are disputed. Forming the northern part of what is traditionally known as na Garbh-Chrìochan or “the Rough Bounds”, because of its harsh terrain and remoteness. It is only accessible by boat, or by a 16-mile (26 km) walk through rough country, and the seven miles (11 km) of tarred road are not connected to the UK road system.

Loch Morar is a freshwater loch in Lochaber, Highland, Scotland. It is the fifth-largest loch by surface area in Scotland, at 26.7 km2, and the deepest freshwater body in the British Isles with a maximum depth of 310 m. The loch was created by glacial action around 10,000 years ago, and has a surface elevation of 9 metres above sea level. It separates the traditional district of North Morar (which contains the village of Morar), from Arisaig and Moidart.

Loch Nevis is a sea loch in Lochaber on the west coast of Scotland. It runs inland from the Sound of Sleat, and is bounded on the north by the peninsula of Knoydart and on the south by North Morar (the region north of Loch Morar, and containing the village of Morar).

Two ferry services cross Loch Nevis. One, a small passenger ferry, links the town of Mallaig with the village of Inverie on Knoydart and the hamlet of Tarbet. The other, Knoydart Seabridge, a daily ferry service which can transport vehicles as well as passengers and equipment, sails directly between Mallaig and Inverie.

Grand Tours of Scotland's Lochs episode 4: Paul travels into the secret heart of the Rough Bounds of Knoydart by way of Loch nan Umbh