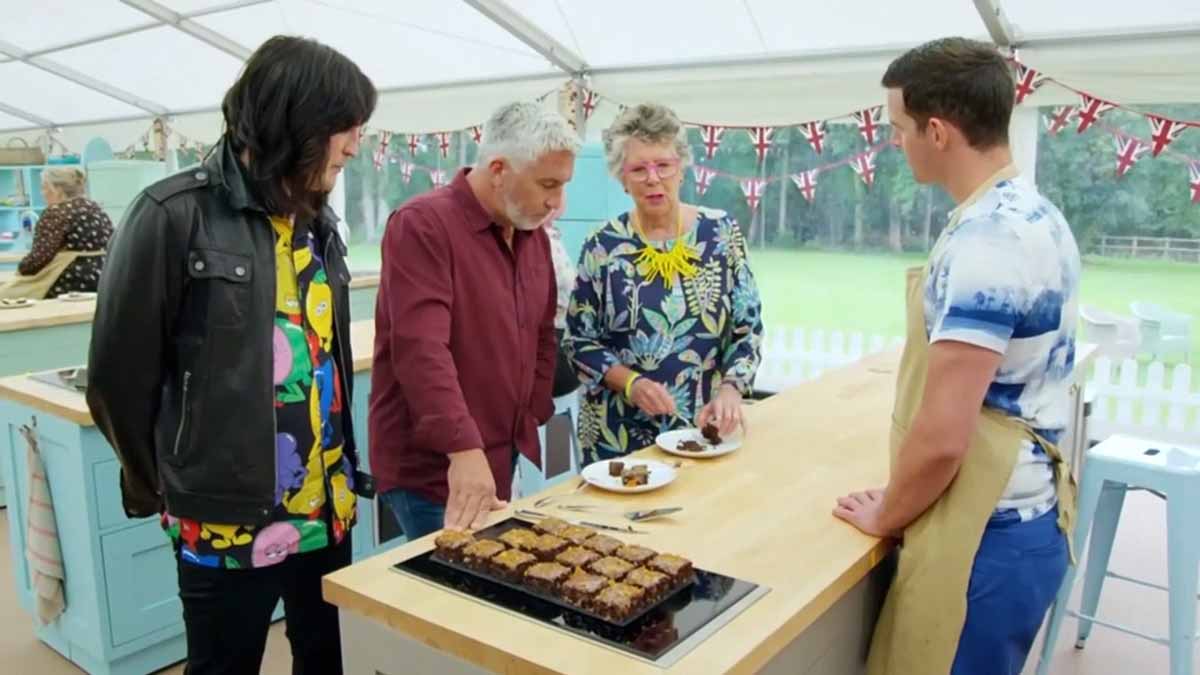 Great British Bake Off episode 4 2020 – Chocolate Week: The competition starts to heat up during Chocolate Week, as Prue Leith and Paul Hollywood set three tricky challenges to test the remaining bakers. There’s a deceptively simple traybake in the Signature, a Technical packed full of chocolate and nuts, and a celebration Showstopper that pushes the bakers’ skills with white chocolate to the limit.

Who will impress Prue and Paul enough to keep their place in the tent, and who will be heading home? Presented by Matt Lucas and Noel Fielding.

It’s chocolate week, and it’s brutal. Prue sorrowfully surveys a baker’s showstopper with the words no one ever wants to hear: “Such a pity that it’s not edible.” But, on the other hand, we also learn the nature of what Matt Lucas cheekily calls a “Prue-gasm” after the judge is transported by delight at another offering.

The bakers must battle hot weather and a tent temperature of upwards of 25 degrees as they try to wrangle white chocolate in the showstopper round and everyone makes full use of the fridges.

This is after an opening signature challenge baking brownies. Paul Hollywood is unforgiving, insisting to one sweatily nervous contestant: “Brownies are one of the most basic things to bake; if you can’t get that right…” followed by one of his bored-serpent looks.

Everyone is on edge: “We’re going to get hammered here” says one baker, braced for judgement.