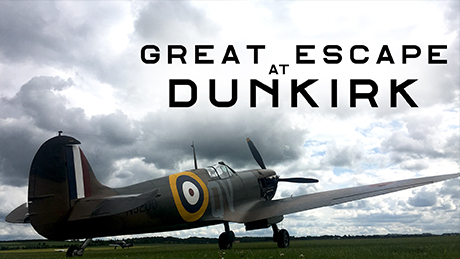 As France fell to the German armies in May 1940, 300,000 Allied troops were trapped on the beaches of Dunkirk. Their annihilation seemed certain – a disaster that could have led to Britain’s surrender. But then, in a last-minute rescue dramatized in Christopher Nolan’s recent film, Royal Navy ships and a flotilla of tiny civilian boats evacuated hundreds of thousands of soldiers to safety across the Channel – the legendary “miracle of Dunkirk.”

Now, NOVA follows a team of archaeologists, historians, and divers as they recover the remains of ships, planes, and personal effects lost during the epic operation. With access to previously classified files recently released by the UK government, they also uncover the truth behind the myths of Dunkirk – notably, a claim that the Royal Air Force failed to protect the stranded men from the Luftwaffe’s constant bombing of the beaches.

Featuring an exclusive excavation of a newly-found Spitfire wreck, NOVA debunks the myth and highlights the essential role that the RAF’s iconic fighter played in reversing the desperate stakes that played out in the air above the beleaguered men.

The Dunkirk evacuation, code-named Operation Dynamo, and also known as the Miracle of Dunkirk, was the evacuation of Allied soldiers during World War II from the beaches and harbour of Dunkirk, in the north of France, between 26 May and 4 June 1940.

The operation commenced after large numbers of Belgian, British, and French troops were cut off and surrounded by German troops around the mid-point of the six-week long Battle of France.

In a speech to the House of Commons, British Prime Minister Winston Churchill called this “a colossal military disaster”, saying “the whole root and core and brain of the British Army” had been stranded at Dunkirk and seemed about to perish or be captured. In his “we shall fight on the beaches” speech on 4 June, he hailed their rescue as a “miracle of deliverance”.

Great Escape at Dunkirk - the documentary follows a team of archaeologists, historians, and divers as they recover the remains of ships, planes

Blood and Gold – The Making of Spain episode 1