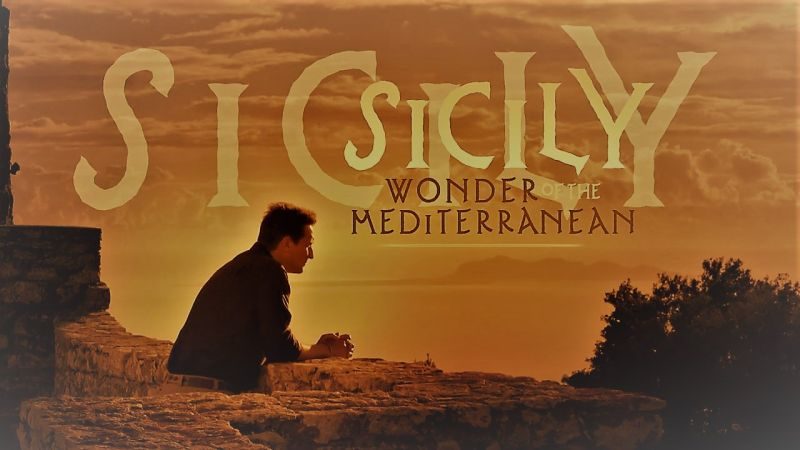 Historian Michael Scott journeys through Sicily to find out how 3,000 years of conquest and settlement have shaped the identity of the island we see today.

Sicily: The Wonder of the Mediterranean Part 1 :

Historian Michael Scott begins his journey through Sicily on the slopes of Mount Etna, Europe’s largest active volcano. For the ancient Greeks, the island was a land of gods and monsters – a dangerous and unpredictable world. Michael discovers how 3,000 years ago, the Greeks began to settle on the island’s east coast – planting their olives and vines and building great city states that soon came to rival even Athens itself.

He learns how great battles were fought between the Greeks and the Carthaginians for control of the island. How the Romans made it their first foreign colony and stripped her of its forests to plant vast fields of grain. When Rome fell, waves of Barbarian invasions followed, before the island was conquered by the Byzantines – the eastern Roman Empire. How have those early invaders helped to shape the character of the island we see today? And what lessons have Sicilians learnt from their turbulent past?

Sicily: The Wonder of the Mediterranean Part 2 :

Historian Michael Scott continues his journey through Sicily, tracing the island’s story through the arrival of the Muslim Arabs and then the Normans – times in which religious and cultural tolerance was the order of the day. Michael explores the dark days of the Spanish inquisition and then delves into the modern world – the unification with Italy and the rise of the Mafia.

Today, the island faces a new challenge. The island is on the frontline of Europe’s migrant crisis but the Sicilian response, formed in part by their own turbulent history, may well surprise many northern Europeans.

Article Name
Sicily: The Wonder of the Mediterranean
Description
Historian Michael Scott journeys through Sicily to find out how 3,000 years of conquest and settlement have shaped the identity of the island we see today.
Author
History
Publisher Name
HDclump
Publisher Logo

The Greeks episode 2 – The Good Strife