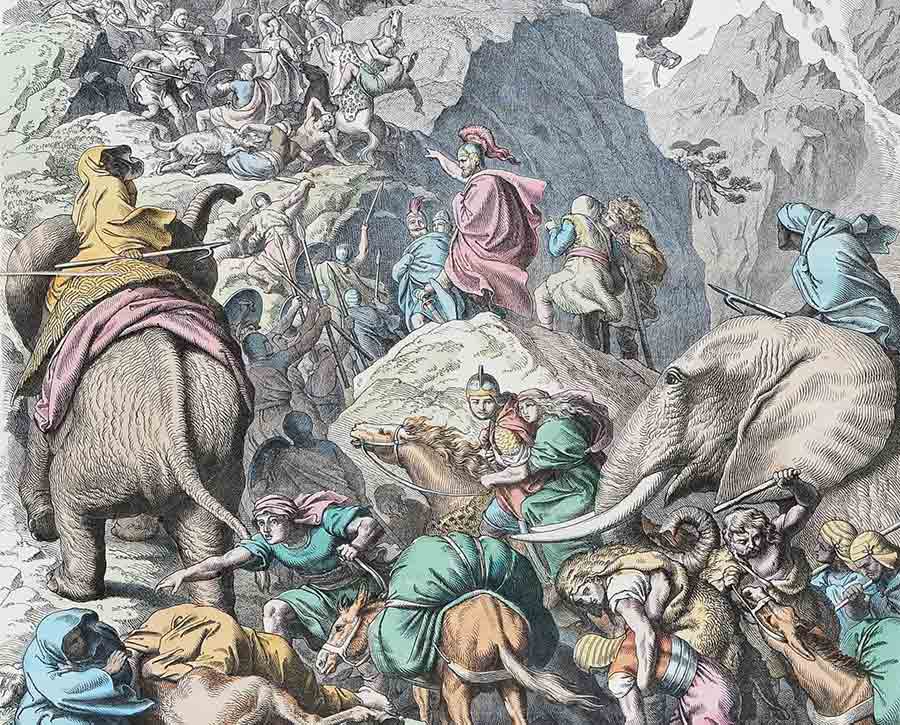 Hannibal in the Alps

Hannibal in the Alps: Hannibal, one of history’s most famous generals, achieved what the Romans thought to be impossible. With a vast army of 30,000 troops, 15,000 horses and 37 war elephants, he crossed the mighty Alps in only 16 days to launch an attack on Rome from the north. For more than 2,000 years, nobody has been able to prove which of the four possible routes Hannibal took across the Alps, and no physical evidence of Hannibal’s army has ever been found…until now.

In Secrets of the Dead: Hannibal in the Alps, a team of experts – explorers, archaeologists, and scientists – combine state-of-the-art technology, ancient texts, and a recreation of the route itself to prove conclusively where Hannibal’s army made it across the Alps – and exactly how and where he did it.

Hannibal Barca (247 – between 183 and 181 BC) was a Carthaginian general, considered one of the greatest military commanders in history. His father Hamilcar Barca was the leading Carthaginian commander during the First Punic War. His younger brothers were Mago and Hasdrubal, and he was brother-in-law to Hasdrubal the Fair.

Hannibal lived during a period of great tension in the western Mediterranean Basin, when the Roman Republic established its supremacy over other great powers such as ancient Carthage, the Etruscans, Samnites and the Greek kingdom of Syracuse. One of his most famous achievements was at the outbreak of the Second Punic War, when he marched an army which included war elephants from Iberia over the Pyrenees and the Alps into Italy.

In his first few years in Italy, he won three dramatic victories—the Trebia, Lake Trasimene, and Cannae, in which he distinguished himself for his ability to determine his and his opponent’s respective strengths and weaknesses, and to plan the battle accordingly—and won over many allies of Rome. Hannibal occupied much of Italy for 15 years but was unable to march on Rome.

An enemy counter-invasion of North Africa forced him to return to Carthage, where he was decisively defeated by Scipio Africanus at the Battle of Zama. Scipio had studied Hannibal’s tactics and brilliantly devised some of his own, and finally defeated Rome’s nemesis at Zama, having previously driven Hannibal’s brother Hasdrubal out of the Iberian Peninsula.

Title
Hannibal in the Alps
Description

Hannibal in the Alps: Hannibal, one of history’s most famous generals, achieved what the Romans thought to be impossible.