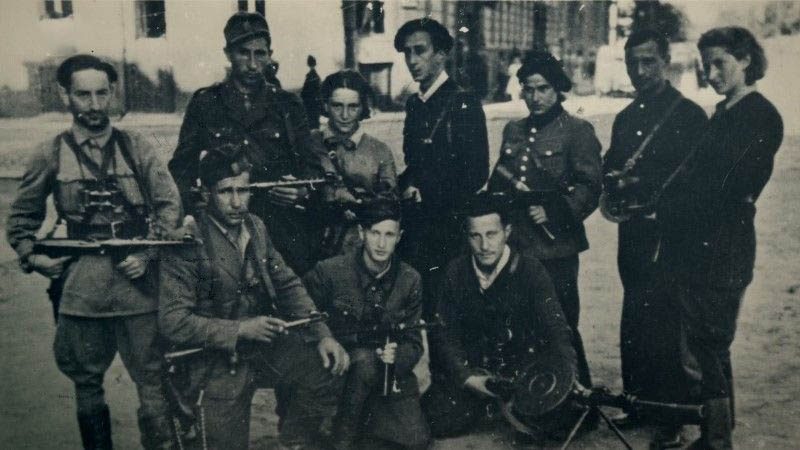 In the dying days of World War II, a secret organisation (Nakam) of Holocaust survivors plans a terrible revenge. Six million Jews are dead but, by 1946, just a handful of Nazis face trial. Most of the guilty will never face justice. For many of Hitler’s victims, this is not enough.

Based on previously unheard recordings and exclusive interviews with those involved – all of whom are over 90 – this documentary tells the story of a remarkable secret group known as The Avengers (Nakam), who decide to take matters into their own hands. Assembled by the warrior-poet Abba Kovner, their aim is ‘an eye for an eye, a tooth for a tooth, a life for a life.’ Their plan: to murder six million Germans by infiltrating German cities and poisoning the water supply.

At the end of the war, Kovner was one of the founders of a secret organization Nakam (revenge), also known as Dam Yisrael Noter (“the blood of Israel avenges”, with the acronym DIN meaning “judgement”) whose purpose was to seek revenge for the Holocaust. Two plans were formulated. Plan A was to kill a large number of German citizens by poisoning the water supplies of Hamburg, Frankfurt, Munich, and Nuremberg, Nakam intended to kill 6 million Germans. Plan B was to kill SS prisoners held in Allied POW camps. In pursuit of Plan A, members of the group were infiltrated into water and sewage plants in several cities, while Kovner went to Palestine in search of a suitable poison.

Kovner discussed Nakam with Yishuv leaders, though it is not clear how much he told them and he doesn’t seem to have received much support. According to Kovner’s own account, Chaim Weizmann approved the idea and put him in touch with the scientist Ernst Bergmann, who gave the job of preparing poison to Ephraim Katzir (later president of Israel) and his brother Aharon. Historians have expressed doubt over Weizmann’s involvement, since he was overseas at the time Kovner specified. The Katzir brothers confirmed that they gave poison to Kovner, but said that he only mentioned Plan B and they denied that Weizmann could be involved. As Kovner and an accomplice were returning to Europe on a British ship, they threw the poison overboard when Kovner was arrested. He was imprisoned for a few months in Cairo and Plan A was abandoned. 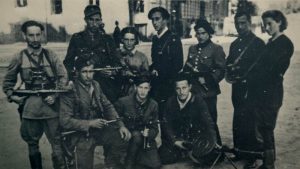 Holocaust: The Revenge Plot - In the dying days of World War II, a secret organisation (Nakam) of Holocaust survivors plans a terrible revenge.