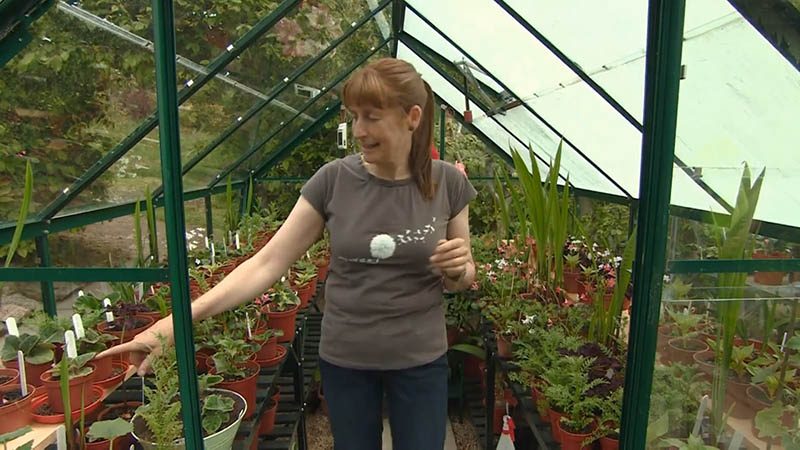 The historical venue will be full of locals and their gardening questions which Jim, Carole, George and Chis will hope to have answers for. Bute has a favourable climate for growing and is known for Bute tatties, Bute dahlias and most recently Bute truffles. Jim and Carole will also visit some of the gardens of Bute to set the gardening scene there and to be not a little jealous of what the locals can grow.

The first credit for introducing dahlias to Britain goes to a member of the Bute family in 1798, when the Marchioness of Bute (wife of Earl of Bute, who was at that time English Ambassador to Spain) who herself cherished a true sympathy with Floriculture) obtained a few dahlia seeds from Cavanilles
(director of Botany at Royal Garden of Madrid) and sent them to Kew Gardens where they flowered but were lost after a few years.
That was because the Kew Gardens’ staff were under the impression that dahlias were tender plants – the subtropical environment that the plants were kept in caused rot and disease, i.e. they were lost by taking too much care of them.
Some of the varieties around today are notsurprisingly those that begin with Rothesay such
as, Rothesay Reveller, Rothesay Superb, Rothesay Rose, Rothesay Castle, and RothesayRobin.

There are three varieties which were introduced on the island in the early 20th century but later fell into near extinction, again the clue is in the name – Marquess of Bute; Pride of Bute and Beauty of Bute.These varieties may have been bred back then by local horticulturalists to show their skills at
breeding new varieties. Bute Heritage Horticultural Training Centre and Seed Bank has a project focussing on the heritage skills of horticulture on Bute as it has a long history of local food production dating back to the early 18th century. These three varieties of potato have recently been replanted at Bute Produce’s Market Garden (at Ashfield) to preserve the heritage and the good news is that there will be sufficient stock (seed potatoes) next year available for us to grow at home.

Dr Paul Thomas who made history by harvesting the first ever cultivated truffle on British soil – has moved to Bute and will be growing a range of truffle varieties on Bute. He’s growing white and winter truffles and some experimental ones that should survive on the island. Paul appeared on the first series of Dragons’ Den with his truffles – Paul has 20 acres of land on Bute and will be planting his inoculated trees out in November and will be hoping for his first crop of truffles on Bute after about 6 years.

In Beechgrove Garden episode 21 2015: the whole Beechgrove team are travelling 'doon the watter' to the Buteiful island of Bute and to Rothesay