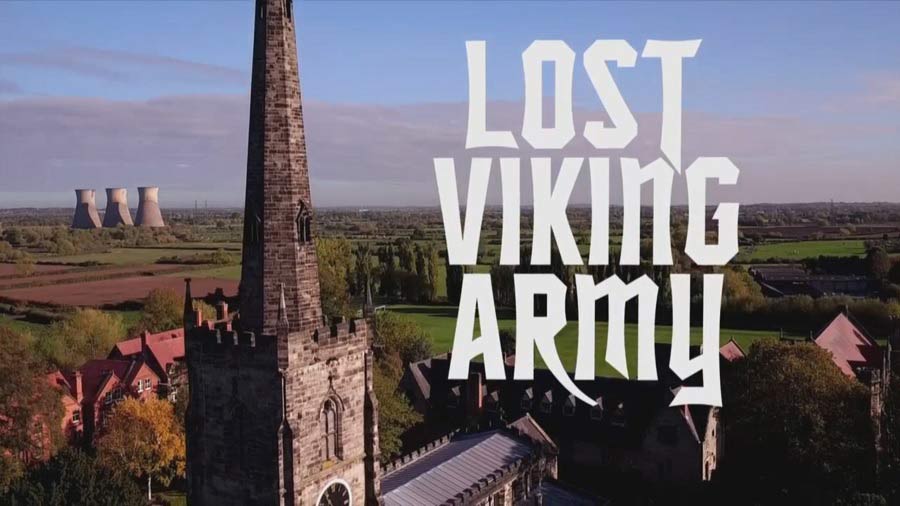 Lost Viking Army – Great Heathen Army: Forty years ago, hundreds of skeletons were unearthed in a mass grave in an English village. Bio-archaeologist Cat Jarman believes these bones are the last remains of the “Great Heathen Army,” a legendary Viking fighting force that invaded England in the ninth century and has long been lost to history.

Armed with the latest scientific methods, Cat’s team uncovers extraordinary human stories from the front line, including evidence of women fighters and a lost warrior reunited with his son in death.

The Great Danish Army, known by the Anglo-Saxons as the Great Heathen Army, was a coalition of Norse warriors, originating in Denmark but including warbands from Norway and Sweden, who came together under a unified command to invade the four Anglo-Saxon kingdoms that constituted England in AD 865. Since the late 8th century, the Vikings had primarily engaged in “hit-and-run” raids on centres of wealth such as monasteries. The Great Heathen Army was distinct from these raids in that it was much larger and formed to occupy and conquer large territories.

The name Great Heathen Army is derived from the Anglo-Saxon Chronicle of 865. Legend has it that the force was led by four of the five sons of Ragnar Lodbrok, including Hvitserk, Ivar the Boneless, Bjorn Ironside and possibly Ubba. The campaign of invasion and conquest against the Anglo-Saxon kingdoms lasted 14 years. Surviving sources give no firm indication of its numbers, but it was amongst the largest forces of its kind.

The invaders initially landed in East Anglia, where the king provided them with horses for their campaign in return for peace. They spent the winter of 865–66 at Thetford, before marching north to capture York in November 866. York had been founded as the Roman legionary fortress of Eboracum and revived as the Anglo-Saxon trading port of Eoforwic. During 867, the army marched deep into Mercia and wintered in Nottingham. The Mercians agreed to terms with the Viking army, which moved back to York for the winter of 868–69. In 869, the Great Army returned to East Anglia, conquering it and killing its king. The army moved to winter quarters in Thetford.

Lost Viking Army - Great Heathen Army: Forty years ago, hundreds of skeletons were unearthed in a mass grave in an English village.