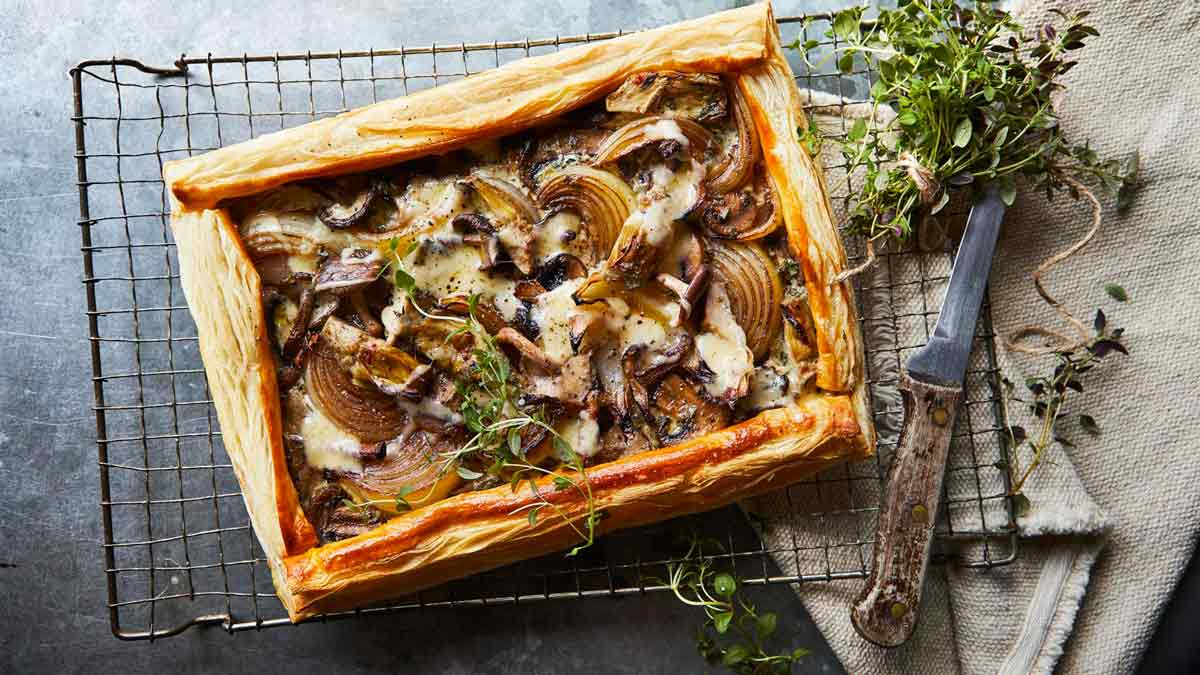 Mary Berry’s Simple Comforts episode 6 – Winter Woodland: Mary immerses herself in the enchanting Scottish Highlands. Surrounded by magical scenery, snow-capped mountains and frost-covered forests, Mary makes delicious food to warm her up after a day out in the cold, including a tempting sausage and pepper hotpot, some simple twice-baked souffles, a mushroom, lentil and double potato jumble and an onion and sage open puff pastry tart.

Mary hitches a lift through the woods on a husky sled and meets a chocolatier whose highland truffles have made him famous around the world. Back in her own kitchen, Mary makes an indulgent chocolate steamed pudding with a rich chocolate sauce. It is the kind of food that you long to come home to after a day exploring the great outdoors.

Indulgent and so comforting, this chocolate pudding is full of rich flavour and served with a divine pouring sauce. It is also great served with ice cream.

Made in a very simple way using readymade pastry, this comforting veggie tart is all about the combination of the crisp puff pastry and herbed vegetables.

Sausages are a comfort food that the whole family can enjoy and this all-in-one-pan dish is simple yet full of flavour. Serve with a green vegetable for a complete and colourful meal.