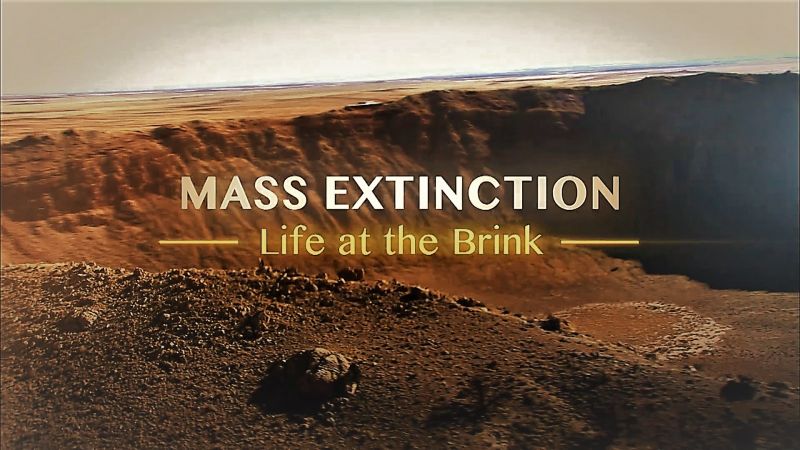 It’s death on an unimaginable scale, when a majority of Earth’s species quickly die out. It’s called “mass extinction,” and it’s happened at least five times before. Cataclysms, such as supervolcanoes or asteroids, are thought to cause these events, but some experts believe a man-made mass extinction could be next. Is our planet in trouble? And if so, is there anything we can do to stop the next catastrophic annihilation? Experts are traveling the world, performing groundbreaking scientific detective work to answer these very questions.

Mass Extinction: Life at the Brink

Extinction occurs at an uneven rate. Based on the fossil record, the background rate of extinctions on Earth is about two to five taxonomic families of marine animals every million years. Marine fossils are mostly used to measure extinction rates because of their superior fossil record and stratigraphic range compared to land animals.

In 1980, a team of researchers consisting of Nobel Prize-winning physicist Luis Alvarez, his son, geologist Walter Alvarez, and chemists Frank Asaro and Helen Michel discovered that sedimentary layers found all over the world at the K–Pg boundary contain a concentration of iridium many times greater than normal (30 times the average crustal content in Italy and 160 times at Stevns on the Danish island of Zealand).

Iridium is extremely rare in the earth’s crust because it is a siderophile element, and therefore most of it sank with iron into the earth’s core during planetary differentiation. As iridium remains abundant in most asteroids and comets, the Alvarez team suggested that an asteroid struck the earth at the time of the K–Pg boundary. There were other earlier speculations on the possibility of an impact event, but no evidence had been uncovered at that time.

It's called "mass extinction," and it's happened at least five times before.