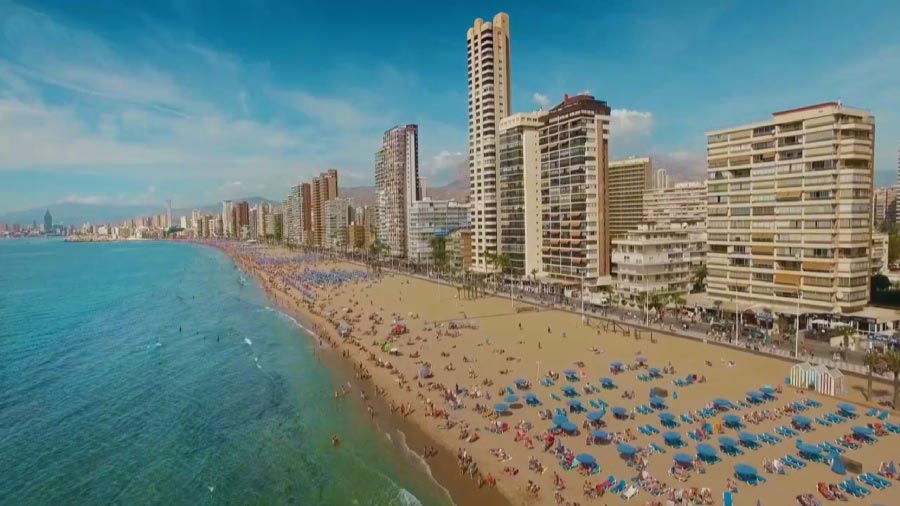 In Mediterranean with Simon Reeve episode 4: Simon Reeve embarks on the fourth and final leg of his epic four-part journey around the Mediterranean. Taking a ferry across the Strait of Gibraltar, Simon’s first stop is Ceuta, a Spanish exclave surrounded by Morocco. This is one of the few land borders between Africa and the European Union. Simon joins the Spanish border police who check engines and even dashboards for stowaways trying to reach Europe.

Migrant and refugees attempting to cross Ceuta’s fortress border have quadrupled in the last year. Undaunted by Morocco’s failure to issue a filming permit, Simon crosses the border as a tourist, tracking down a group of young migrants hiding out in a forest close to Ceuta. They have travelled thousands of miles, crossing the Sahara to get this far, and now they are just a 20-foot, razor wire fence away from their European dream.

Crossing the Med to Spain, one the busiest shipping lanes in the world, Simon discovers huge numbers of dolphins and even giant whales surviving by dodging the ferries, container ships and oil tankers. Travelling along the arid southern Spanish coast, Simon takes to air to witness the sea of plastic that form over a hundred square miles of greenhouses.

It is where much of our supermarket fruit and veg are grown, but as Simon discovers it is a massive industry built on the back of a low paid, migrant workforce. Following in the footsteps of four million Brits who make the journey every year, Simon travels to the Costa Blanca and its most famous resort, Benidorm. Derided by many, Simon is surprised to learn that high-rise Benidorm is now being hailed by experts as a model of sustainable tourism.

The Mediterranean region attracts a third of world tourism and visitor numbers are predicted to rise to half a billion a year by the end of the next decade. Simon travels to a western corner of Corsica, a nature reserve that must be one of the most heavily protected bits of sea on earth, and one of the few places where tourists are actively discouraged from visiting. Lying on the beach, hiking in the mountains and watersport activities are all banned. The park’s manager shows Simon the results, taking him for a dive in the fishiest place in the Med. In a sea where over ninety percent of fish stocks are over exploited, it is a beacon of hope in what is otherwise an uncertain future for the Mediterranean.