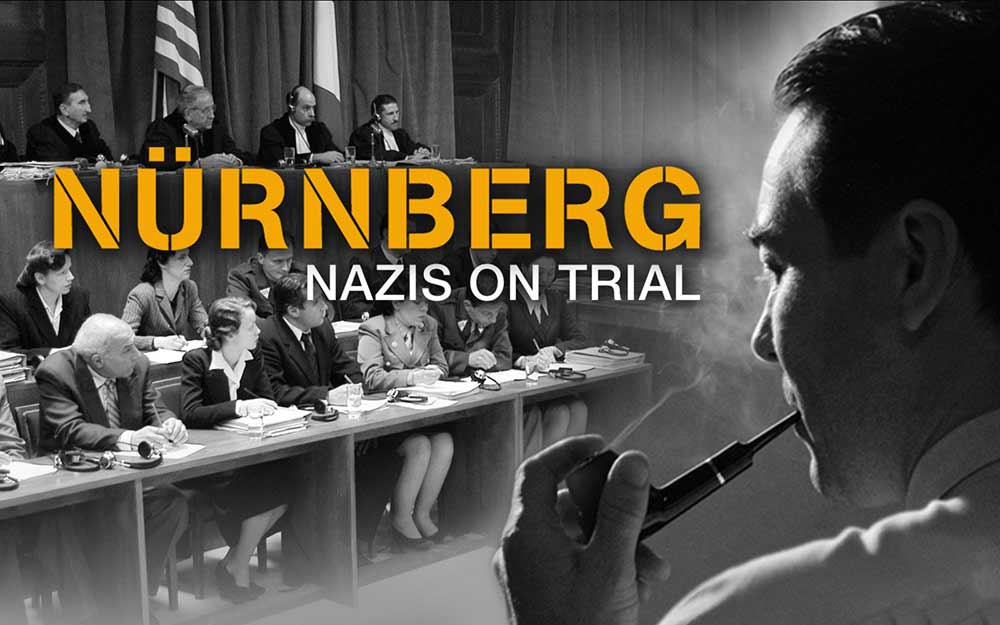 Nuremberg – Nazis on Trial episode 1: the whole world was closely observing the Nuremberg trials from 1945 to 1949 when Nazi-Germany’s most prominent leaders were indicted and punished for wartime atrocities and crimes against humanity. It was the first international trial for such crimes and set standards for today’s prosecution of war crimes all over the world.

This critically acclaimed BBC documentation retells the trials of three of the most infamous Nazis leaders that were caught alive during the days of the European liberation: Albert Speer (played by Nathaniel Parker), Hermann Goering (Robert Pugh) and Rudolf Hess (Ben Cross). Newly researched material and the protocols of the trial’s psychologist Gustave M. Gilbert enforce a detailed insight into the minds of war criminals, each one representing archetypes of men who misuse their powers. The documentary employs both the use of archival film footage of the actual trial activity, combined with dramatic reenactments of these historic events.

Albert Speer (March 19, 1905 – September 1, 1981) was the Minister of Armaments and War Production in Nazi Germany during most of World War II. A close ally of Adolf Hitler, he was convicted at the Nuremberg trials and sentenced to 20 years in prison.

An architect by training, Speer joined the Nazi Party in 1931, launching himself on a political and governmental career which lasted fourteen years. His architectural skills made him increasingly prominent within the Party and he became a member of Hitler’s inner circle. Hitler instructed him to design and construct structures including the Reich Chancellery and the Nazi party rally grounds in Nuremberg. Hitler appointed Speer in 1937 as General Building Inspector for Berlin. In this capacity he was responsible for the Central Department for Resettlement that evicted Jewish tenants from their homes in Berlin.

In February 1942, Speer was appointed as Reich Minister of Armaments and War Production. Using doctored statistics, he promoted himself as having performed an “armaments miracle” that was widely credited with keeping Germany in the war. In 1944, Speer established a task force to increase production of fighter aircraft. It became instrumental in the exploitation of slave labor for the benefit of the German war effort.

Nuremberg - Nazis on Trial episode 1: the whole world was closely observing the Nuremberg trials from 1945 to 1949 when Nazi-Germany's most prominent leaders were indicted

Eight Days that Made Rome: The Rebirth of Rome