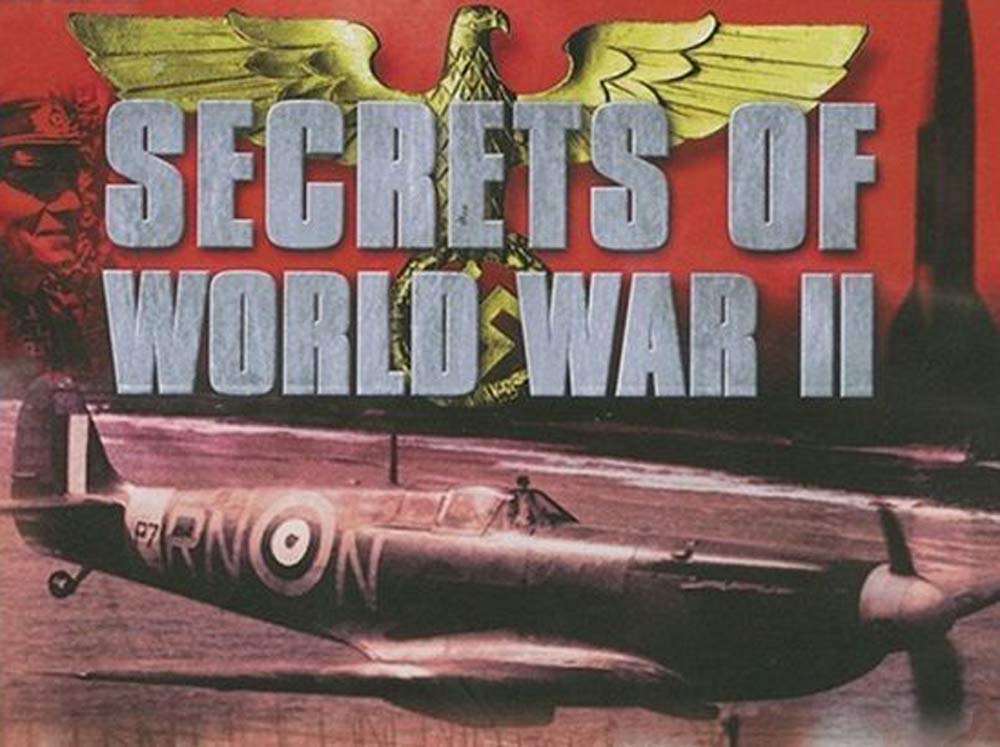 Secrets of World War II episode 14: Between 1941 and 1943 some of America’s most talented fighter pilots flew for Nationalist China against the Japanese. They became known as the ‘Flying Tigers’ and with the name a legend was born. In July 1941, five months before the United States officially entered the war, a band of American pilots arrived in the Far East to fly against the Japanese in China. Known as the Flying Tigers, their superior flighting skills – and the distinctive shark-teeth markings on the noses of their aircraft – terrified enemy pilots. Discover how a tiny, hell-raising collection of U.S. flyers became one of the war’s most successful fighting units in “They Flew for China.”

Climb into the cockpits of their iconic shark-nosed P-40 planes—one of the most familiar images of the war—as the Tigers perform nail-biting missions against the Japanese. The incredible results: 1500 Japanese fliers killed; 286 planes destroyed. The Americans lost only 8 men. Who were these brave men who flew planes with shark jaws painted on their cowlings? This is their story – the record of their dangerous dogfights and ferocious air war in the skies over Burma, Thailand, and China.

You probably know the History, now discover the incredible SECRETS OF WORLD WAR II. Rarely has a war produced such clear cut reasons to fight as World War II. On the one hand were the totalitarian Dictators – Tojo, Hitler and Mussolini. On the other were the great democracies of the Western World which were gradually regaining their feet after the Great War of 1914-18 and the Wall Street Crash. Suddenly, ordinary men and women from all walks of life found themselves thrown into fearsome, nerve-tingling situations worthy of any Hollywood movie. The only difference in this series is that every story is true. Real people emerge as the Heroes of Telemark. Ordinary GIs and US Airforce and Navy personnel suddenly find themselves flying against the Japanese in China, jungle fighting in Burma and being dropped by submarine on enemy coasts at midnight.

These untold stories can now be examined in great detail with the benefit of hindsight, newly-discovered archive film, maps and computer graphics which can complete the picture for today’s viewer. Each fifty-two minute story covers the background to the main action. It will give the viewer a clear view of the historical context, the strategic objective and the tactical effort made by flyers, sailors and foot-soldiers – often in the most oppressive and life-threatening situations – to win victory from the enemy.

This is an inspiring series with a giant canvas including much never before seen colour film. Over 300,000 hours of archive material have been searched for its compilation. Specially orchestrated music and compositions from the great composers all contribute to the excitement and drama of some of the world’s greatest stories of bravery under fire.
It is the largest series of its kind ever produced and with recently released secret footage will give the viewer a new insight into the great untold war stories of World War II. In many cases, this series gives the true stories for the first time this Century.

The Flying Tigers, officially known as the First American Volunteer Group (AVG) of the Republic of China Air Force, were a group of American pilots who flew for Nationalist China against the Japanese during World War II. The AVG, which operated in 1941-1942, was made up of pilots from the US Army Air Corps, Navy, and Marine Corps, and was led by Claire Lee Chennault. They flew Curtis P-40B Warhawk aircraft, marked with Chinese colors, under American control.

Recruited before the US entered the war, the AVG’s mission was to bomb Japan and defend China. Despite delays, the group saw combat in December 1941 and achieved notable success, destroying 296 enemy aircraft and losing only 14 pilots in combat. The AVG was eventually replaced by the 23rd Fighter Group of the US Army Air Forces in July 1942.

The Flying Tigers began to arrive in China in April 1941. The group first saw combat on 20 December 1941, 12 days after Pearl Harbor (local time). It demonstrated innovative tactical victories when the news in the U.S. was filled with little more than stories of defeat at the hands of the Japanese forces, and achieved such notable success during the lowest period of the war for both the U.S. and the Allied Forces as to give hope to America that it might eventually defeat Japan.

AVG pilots earned official credit and received combat bonuses for destroying 296 enemy aircraft, while losing only 14 pilots in combat. The combat records of the AVG still exist and researchers have found them credible. On 4 July 1942 the AVG was disbanded and replaced by the 23rd Fighter Group of the United States Army Air Forces, which was later absorbed into the U.S. Fourteenth Air Force with General Chennault as commander. The 23rd FG went on to achieve similar combat success, while retaining the nose art on the left-over P-40s.

Secrets of World War II episode 14: Between 1941 and 1943 some of America's most talented fighter pilots flew for Nationalist China against the Japanese.