Summer Gardening with Carol Klein episode 3: Summer at Glebe Cottage sometimes means changeable weather — sultry, showery and altogether typically British! But this never daunts Carol, who takes the opportunity to investigate one of our richest plant habitats: watery wetlands and bogs. The pond at Glebe Cottage is now lush with rich green foliage. Back in the spring, Carol added plants that would thrive in this shady, boggy area. Now, these are living up to their promise, and none will be more spectacular than the native yellow flag irises she had dug up and moved from elsewhere in the garden. Ubiquitous and easily recognised in the wild, she shows us how it frequents waterways throughout the British Isles.

This moves Carol to celebrate the iris family — a group of plants that brings elegance and drama into the garden, from the uncanny hues of ‘Katharine Hodgson’, which flowered in the garden in January, to Carol’s new planting of bearded iris on her shed roof. Other members of the same family get a look in, including advice on how to plant and cultivate gladioli corms, and digging out an overcrowded row of hesperantha — all of them gorgeous additions to a summer garden. In the vegetable garden, this is a big week for salad, from planting out little gem lettuce to how to sow more summer salad to keep the succession going, including micro mizuna and rocket. 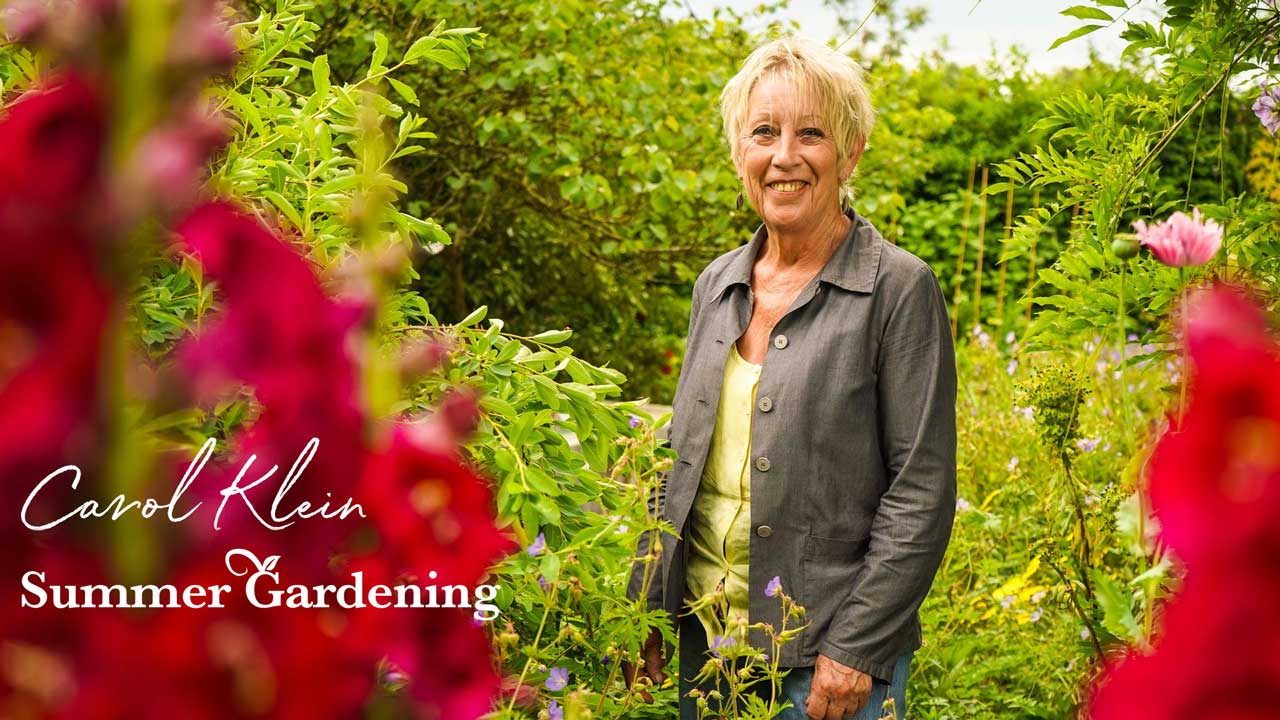