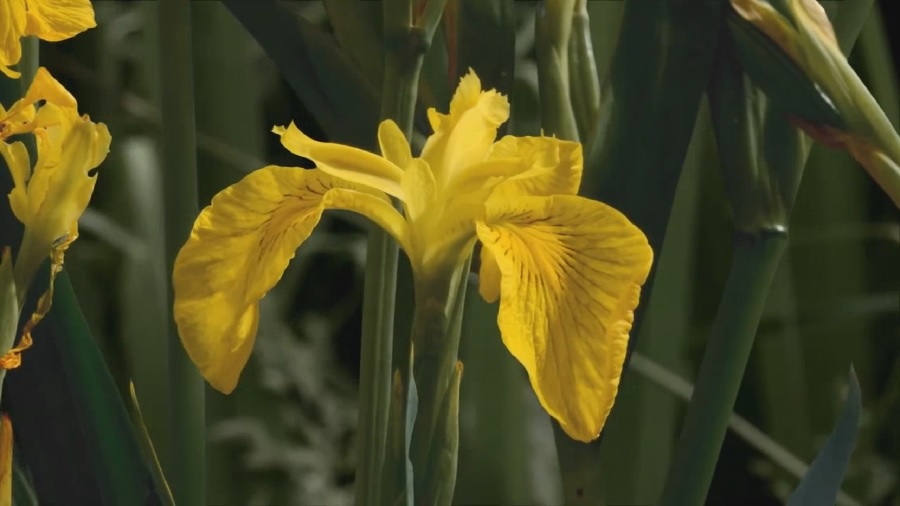 The third leg of Carol’s odyssey takes her on a journey from England to Turkey, to Italy and home again, discovering the intricate biology of the iris flower and its cultural significance to mankind over thousands of years. Carol takes a close-up look into the intimate relationship between bees and irises and, under the guidance of an evolutionary plant biologist, uses an endoscopic camera to reveal how an insect with UV vision sees each flower.

Carol travels to mainland Europe, learning of the importance of some species in the funeral traditions of Islam and the use of irises in perfume manufacture in Florence. Discover how a ‘beard’ changed this beautiful flower’s fortunes in horticulture, and why such a peculiar adaptation arose. In England, Carol meets with an iris enthusiast rebuilding the famed collection of Cedric Morris. She learns how the famous artwork of this painter extended beyond brush and canvas and into the realms of iris.

Iris is a genus of 260–300 species of flowering plants with showy flowers. It takes its name from the Greek word for a rainbow, which is also the name for the Greek goddess of the rainbow, Iris. Some authors state that the name refers to the wide variety of flower colors found among the many species. As well as being the scientific name, iris is also widely used as a common name for all species, as well as some belonging to other closely related genera. A common name for some species is ‘flags’, while the plants of the subgenus Scorpiris are widely known as ‘junos’, particularly in horticulture. It is a popular garden flower.

The third leg of Carol's odyssey takes her on a journey from England to Turkey, to Italy and home again, discovering the intricate biology of the iris flower