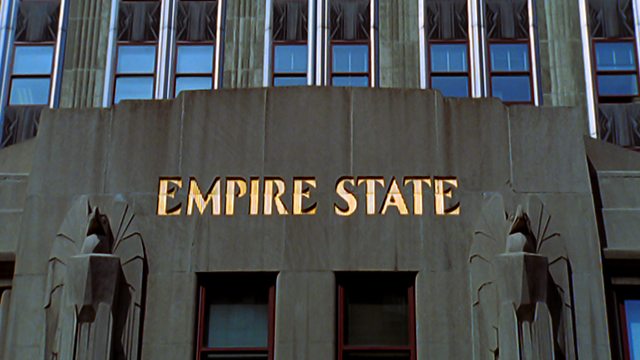 Packed with personal anecdotes and great storytelling, this programme creates a compelling blend of archive and oral history. The Empire State Building took one year and 45 days to build and was completed not only on time, but also under budget. The anticipated cost had been 43 million dollars, but the actual cost was just a little over half that. Could this happen today? Certainly not, according to the contributors whose testimony brings this story about New York’s number one tourist attraction vividly to life.

The programme also covers the tragic events of July 1945 when a United States B25 bomber smashed into the 79th floor of the building. That story is told largely through the testimony of a survivor, the pilot’s widow, and a reporter who was sent to the scene.

The Empire State Building is a 102-story Art Deco skyscraper in Midtown Manhattan, New York City. Designed by Shreve, Lamb & Harmon and completed in 1931, the building has a roof height of 1,250 feet (380 m) and stands a total of 1,454 feet (443.2 m) tall, including its antenna. Its name is derived from “Empire State”, the nickname of New York, which is of unknown origin. As of 2017 the building is the 5th-tallest completed skyscraper in the United States and the 28th-tallest in the world. It is also the 6th-tallest freestanding structure in the Americas.

The site of the Empire State Building, located on the west side of Fifth Avenue between West 33rd and 34th Streets. Was originally part of an early 18th century farm. In the late 1820s, it came into the possession of the prominent Astor family, with John Jacob Astor’s descendants building the Waldorf–Astoria Hotel on the site in the 1890s. By the 1920s, the family had sold the outdated hotel and the site indirectly ended up under the ownership of Empire State Inc., a business venture that included businessman John J. Raskob and former New York governor Al Smith.

The original design of the Empire State Building was for a 50-story office building. However, after fifteen revisions, the final design was for a 86-story 1,250-foot building, with an airship mast on top. This ensured it would be the world’s tallest building, beating the Chrysler Building and 40 Wall Street, two other Manhattan skyscrapers under construction at the time that were also vying for that distinction.

This programme chronicles the construction of the Empire State Building in New York, which was the world's tallest skyscraper when opened in 1931.