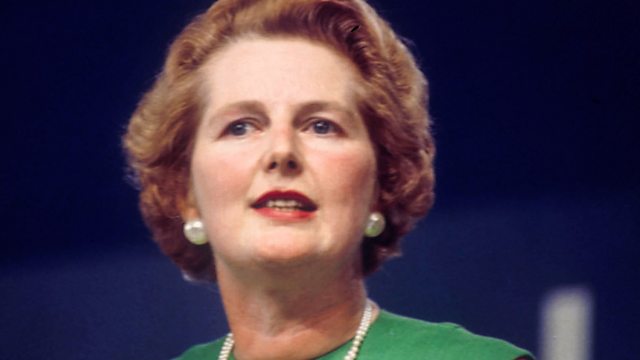 Thatcher – A Very British Revolution episode 1 – Making Margaret: In the first episode of this series charting the irresistible rise and dramatic downfall of Margaret Thatcher, her inner circle reveals how Margaret Thatcher manages to overcome her outsider status to become a prominent political figure in Britain. After a controversial policy has the press label her the ‘Milk-snatcher’ her political future is in jeopardy but she survives when prime minister Edward Heath decides not to sack her.

Dismayed by his stewardship of the country in the early 1970s Mrs Thatcher challenges Heath for leadership of the Conservatives. As a woman from a modest social background she appears unlike any of her colleagues but with the help of canny political operators she achieves the apparently impossible and defeats Heath and the party elite who backed him.

Those closest to her at the time describe how as new leader of the Conservatives she begins to support controversial policies that will shake-up the economic and political settlement that has prevailed in Britain since the second world war. She promotes free market ideas, transforming the economy and reducing trade union power.

She also adopts a new political persona taking on the mantle of the ‘Iron Lady’ given to her by the Soviet press and seeks help from advisors who change her image and her voice as she seeks the support of the British electorate.

As the 1979 election approaches Margaret Thatcher embarks on an energetic campaign to unseat Labour and usher in a new era that will bring turbulent change and division and be dominated by the force of her personality and ideas.

Her political philosophy and economic policies emphasised deregulation (particularly of the financial sector), flexible labour markets, the privatisation of state-owned companies, and reducing the power and influence of trade unions. Her popularity in her first years in office waned amid recession and rising unemployment, until victory in the 1982 Falklands War and the recovering economy brought a resurgence of support, resulting in her landslide re-election in 1983. She survived an assassination attempt by the Provisional IRA in the 1984 Brighton hotel bombing and achieved a political victory against the National Union of Mineworkers in the 1984–85 miners’ strike.