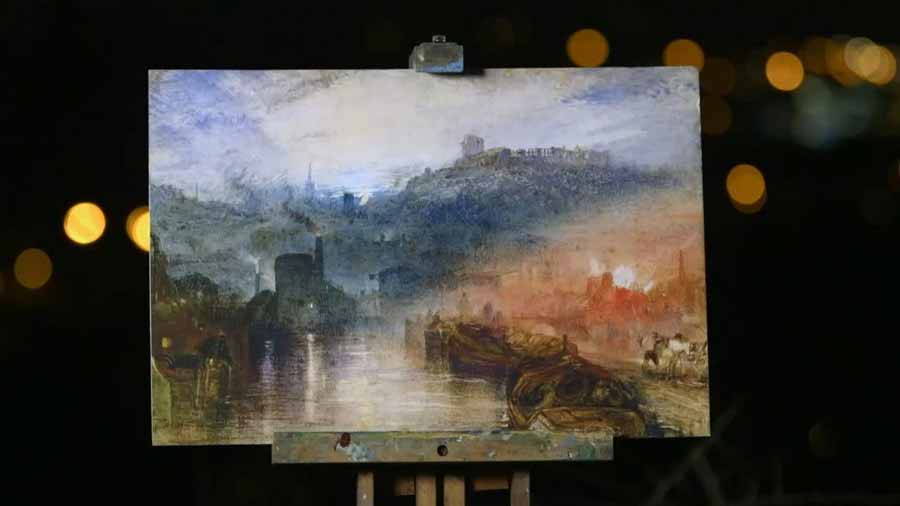 Awesome Beauty – The Art of Industrial Britain: Lachlan Goudie explores Britain’s spectacular industrial landscapes and the artists and artworks inspired by them in a passionate and thought-provoking journey that challenges our national stereotypes. Travelling the length and breadth of the UK, and visiting an impressive range of industrial sites, from shipyards to quarries, mines to abandoned wind tunnels, steelworks to space age laboratories, Goudie builds a surprising and compelling alternative picture of Britain.

Featuring revelatory industrial art by the likes of JMW Turner, Graham Sutherland and photographer Maurice Broomfield, the film reveals the awesome beauty, drama and significance of our industrial heritage and proves there is so much more to these isles than the picture postcard cliche of a ‘green and pleasant land’.

A child prodigy, Turner studied at the Royal Academy of Arts from 1789, enrolling when he was 14, and exhibited his first work there at 21. During this period, he also served as an architectural draftsman. Turner earned a steady income from commissions and sales, which due to his troubled, contrary nature, were often begrudgingly accepted. He opened his own gallery in 1804 and became professor of perspective at the Academy in 1807, where he lectured until 1828, although he was viewed as profoundly inarticulate. He traveled to Europe from 1802, typically returning with voluminous sketchbooks.

Graham Vivian Sutherland was an English artist who is notable for his work in glass, fabrics, prints and portraits. His work was much inspired by landscape and religion, and he designed the tapestry for the re-built Coventry Cathedral.

Printmaking, mostly of romantic landscapes, dominated Sutherland’s work during the 1920s. He developed his art by working in watercolours before switching to using oil paints in the 1940s. It is these oil paintings, often of surreal, organic landscapes of the Pembrokeshire coast, that secured his reputation as a leading British modern artist. Sutherland taught at a number of art colleges, notably at Chelsea School of Art and at Goldsmiths College, where he had been a student. He served as an official war artist in the Second World War drawing industrial scenes on the British home front.

Awesome Beauty - The Art of Industrial Britain: explores Britain's spectacular industrial landscapes and the artists and artworks inspired by them.

Art of Scandinavia episode 1 – Dark Night of the Soul